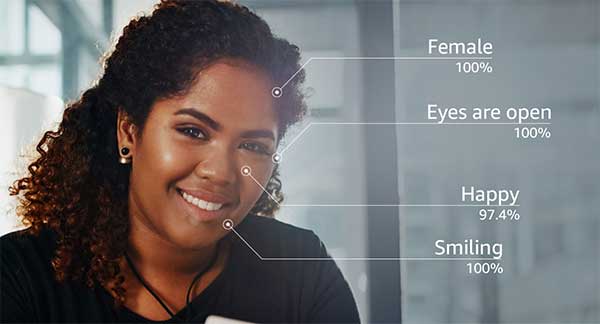 Amazon and facial recognition. Today the issue is back a few months away from the controversy that has affected the Rekognition software developed by the Seattle giant and marketed by AWS, capable of raising doubts and discontent even among group employees.

The occasion is an intervention by Jeff Bezos at the side of the conference that in recent days saw the presentation of the new Echo devices based on Alexa’s artificial intelligence.

The CEO has announced that the company is working on a proposal on the subject to be sent to US legislators for the definition of a regulation that can regulate the functioning of the technology. The declared objective is to not put a brake on innovation, while at the same time establishing the necessary stakes to avoid the danger of abuse with everything that follows in terms of privacy. Details about the content have not been disclosed.

Our policy team is working on legislation related to facial recognition. It makes sense that it is regulated.

The words of Bezos bear witness at least to an assumption of responsibility, putting on paper the awareness that technology, by its very nature, could show itself side by side with uses that are not strictly ethical. It is therefore necessary to establish rules within which to operate, a prospect also evaluated in the old continent by the European Commission.

It is a perfect example of something that can have a positive use and that is why it should not be stopped. However, at the same time, there are potential risks of technology abuses, so it is necessary to regulate it. It is a classic case of “double-edged” technology.

The American Civil Liberties Union also intervened on the matter, among the most critical organizations towards Rekognition and its methods of employment, especially with regard to surveillance systems.

It is a good sign that Amazon is finally recognizing the dangers of “facial surveillance”. But we have already seen similar things happen in the past. Once companies realize how people ask for more protection, they announce “weak” rules, which actually do not protect privacy and rights. Several cities in the country are voting to ban these systems, while Amazon continues to push technology between communities.

This is what happens when Donald Trump is more active on...