A team of Engineers have taught small drones to fly quickly in a complex environment with incomplete terrain data, constructing an emergency safe route on the fly. If the drone is unable to continue to the fast route built by the system, then it will switch to the backup plan to the critical point of divergence of trajectories.

Developers of modern drones (both unmanned aerial vehicles and cars), as a rule, are guided by the principle of “the only optimal and safe route.” Usually, a drone for this purpose continuously collects environmental data and constantly slightly corrects the trajectory of movement. Despite the obvious advantages of this approach, it also has its drawbacks – such systems often require huge computational resources to process information from sensors in real-time, which is not suitable for small drones due to the inability to install a powerful computer, and at the same time they are practically incapable of “think” ahead, which reduces the overall speed of movement.

Engineers from the Massachusetts Institute of Technology (MIT) have created a FASTER optimization algorithm, which optimizes the drone’s travel route, taking into account the emergency path and the braking points for approaching it in advance. The system works as follows – an on-the-fly drone scans the surrounding space in a small radius, creating a three-dimensional map with incomplete information – the system knows which areas of the space around are occupied by objects, which are free (that is, accessible for flight) and which are unknown (for example, the area rooms around the corner).

The algorithm, taking into account the known information about the occupied space, builds a complete flight path, as well as a slow safe path as a backup plan – it takes into account the possibility of a complete stop if there is an obstacle around the corner. The scheduler then compares these trajectories to determine the breaking point on the main trajectory to move to a safe route. Due to this, the drone can overcome the first segment to the breaking point with great speed and without the need for real-time correction – instead, the control algorithms collect and process the necessary information before the drone arrives at the potential breaking point.

If the drone has time to plan for the next segment of the path new trajectories of safe and fast routes, it will continue to fly without stopping at high speed. If for some reason the drone can not continue moving at high speed – it will move at the braking point to the spare route and slow down, preventing collision with an obstacle.

Developers believe that their algorithm can help, for example, when searching for people lost in the forest – flying between trees is traditionally one of the most difficult tasks for autonomous drone control systems.

Another way to optimize the flight path may be to replace the sensors with fundamentally different ones that require processing a much smaller flow of data. For example, an event camera is suitable for this. Swiss engineers have previously shown that a quadcopter equipped with such a camera, able to quickly dodge even the ball thrown at him. 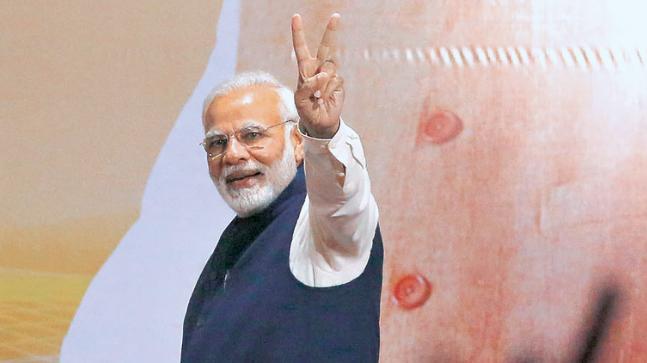 The future will be of hybrid cars but there will be no ‘boom’ of electric at least for now: Honda

The US activates the security alarm in Iraq and urges its citizens to leave...