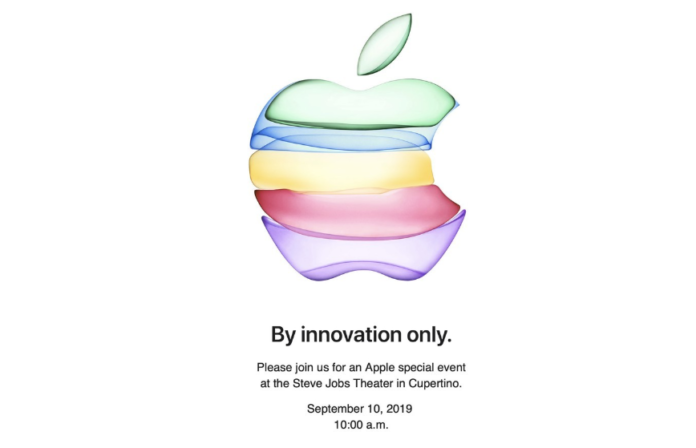 The Apple event next Tuesday promises to be one of the most complete in the company’s history. Like every month of September for eight years Apple will take advantage of the event, which this year is held again at its headquarters in Cupertino, to present the new versions of its flagship product, the iPhone. Apple is expected to update the catalog with three new models to replace the current iPhone XR, XS and XS Max.

But on the Steve Jobs Theater stage there will be room for much more than phones. Rumors that have circulated on the network for months seem to confirm that the company will also present new versions of iPad and iPad Pro, a new Apple Watch, a new Macbook Pro of larger dimensions and possibly new models of Apple TV and Homepod.

With iPhone sales stagnant for several quarters, partly because of the downward trend of the high-end smartphone market and partly because of the peculiar tension they have been living in relations between China and the US for months, the company has begun to explore new video services and games as alternative revenue paths.

The schedules and Where to see the keynote live

The star of the event, which will begin at 10:00 am US time on the Steve Jobs Theater stage in Cupertino and can be followed live from the web. Apple will renew the current catalog -composed by the iPhone XR, XS and XS Max- for three new phones differentiated into two categories.

One will be the current successor of the iPhone XR, which will have two cameras in the rear such as the current iPhone XS and XS Max. This second camera will have the same quality and resolution as the main camera and will have the traditional portrait mode of the iPhone (the XR model presented last year was able to take portrait photography, but with certain limitations due to its only camera). The phone will be available in more colors and could be called iPhone 11 or iPhone 11R .

The successors of the current iPhone XS and XS Max will be distinguished by having a new triple lens camera system. Apple will add to the two cameras of the current models a third sensor capable of capturing images with wide-angle effect. The camera module will be square to make room for the new sensor.

Apple will release new camera features thanks to this new lens. Users, for example, can reframe an image after shooting if, for example, the subject of the photo has had their feet cut or part of what they wanted to photograph is out of plane. The new iPhone will also have better video editing tools.

Apple will also include a reverse wireless charging system, allowing iPhone users to recharge Airpods headphones and other small accessories simply by resting them on the back of the device.

The screen technology will remain OLED but Apple will eliminate the 3D Touch function, which allowed touches on the screen with more force to activate additional functions in certain apps. Now those same functions can be invoked by pressing for a longer time the icon of the chosen app, as it was done until now on iPads and iPhone XR.

Rumors suggest that phones will continue to be unlocked using FaceID, but this system will be more versatile, it will recognize the face at more extreme angles or in landscape mode. Apple will also release a new processor, the A13, which will include several components dedicated to improving artificial vision and artificial intelligence capabilities.

The new phones could be known as iPhone 11 and 11 Max or iPhone Pro and Pro Max. None will have 5G connection, a feature that Apple will integrate next year in their phones, along with a new fingerprint sensor under the screen.

Last year Apple launched a new design for its more advanced tablet, the iPad Pro. This year, therefore, major design changes are not expected but Apple will put on sale new models equipped with the new A13 processor and more advanced cameras.

Apple will emphasize the new possibilities offered by iOS 13 to work in multitasking, and the better integration of the iPad with the Macbook, which can now use the tablet as an additional monitor.

In addition to the iPad Pro apple could also take the opportunity to launch a rumored tablet of low price and 10.2 inches in size that would replace the current iPad Mini. It will be a tablet very focused on the educational market but that will also serve as an affordable model to access the company’s new services.

Apple’s watch has become one of the company’s recent success stories, capturing half of the smartwatch market and with projected sales of 33 million units by 2019, according to several analysts. It has opened the door to Apple, too, to the health market.

After the redesign last year, no major external changes are expected in the new versions of the watch for this fall. Inside, however, there will be an important one. Apple will add a function to measure the quality of sleep when the watch is worn on the bed.

To accommodate this function Apple could include a larger battery and a new savings system that allows extending the current autonomy of the device.

There will also be, as in previous years, new belt models. Apple could launch new models in limited edition with more luxurious materials, such as titanium or ceramic to try to raise the average purchase price of the device.

Apple could also take advantage of the event to present new versions of its Apple TV device and a new Homepod speaker that is more compact and cheaper than the current model, which has not worked as well as the company expected.

The Mac could steal a bit of prominence to the iPhone next Tuesday. Apple is expected to announce a new design for Macbook Pro laptops with much thinner frames that will allow you to have a computer with a 16-inch screen on a computer of similar dimensions to the current 15-inch models. It is not clear, however, that the current 13-inch models will be renewed.

The new design will not only bring a better screen. It would also put an end to the ordeal that the butterfly mechanism keyboard, launched in 2015 and that already goes through the fourth design adjustment for its numerous mechanical failures has meant for the company. Apple has had to implement, in fact, an extended free repair plan for all Mac models equipped with these keyboards due to continuing problems.

Although it is not yet known what mechanism the new computer will use and although Apple is unlikely to return to the previous scissor mechanism, the new keyboard should have greater slack in the keys, and greater tolerance to dust or small particles that can now ruin the keyboard of the Macbook.

The new equipment would be equipped with the latest generation of Intel Core i7 and i9 processors and will serve as a portable complement to the brand-new Mac Pro desktop computer, announced last June and which should reach stores in the coming months.

The second alternative would be rumored apple augmented reality glasses, lenses with integrated screen that would allow interacting with virtual objects.

Several analysts say that these glasses have been in development for years at Apple laboratories, but recent difficulties would have forced the project to be delayed or canceled.

Some code fragments that have been detected in the beta versions of the iOS 13 operating system seem to indicate however that the project is moving forward. Although they would not go on sale until 2020, if Apple wants developers to start adapting their apps to this new device it could be a good idea to announce it next Tuesday.

This year Apple will launch Apple Arcade, a monthly subscription service for games on iOS and macOS platforms, and Apple TV +, a video on demand service with its own and exclusive series with creations signed by renowned figures in the entertainment world. Both will be clearly intertwined with the different products of the company and will demand time on stage.

Steve Jobs used to end his legendary presentations with “one more thing …”, a surprise – expected or not – to close his events between applause. The Apple of Tim Cook does not usually resort to this ploy, although on time he has decided to save some surprise for the end. He did it in the case of the iPhone X in 2017 and the Apple Watch in 2014.

On this occasion there could also be some surprise and there are two good candidates to receive the honor. The first would be a new system of smart tags to adhere or hook to everyday objects and that would allow them to be searched in case of loss using the same app that is now used to find lost iPhone or iPad.

These types of smart tags already exist, but the Apple version would emphasize privacy, maintaining the location of the objects in the user’s private account and without sending it to a third-party server as the models now do for sale.

Apple would also have developed a colorful search system using augmented reality that would allow you to see the location of the objects on the phone screen superimposed on the real image captured by the camera. If keys with this label are lost on the sofa for example, the system would allow them to be easily found by simply pointing the phone in the right direction.

Now you can watch the Apple Event keynote live on YouTube...