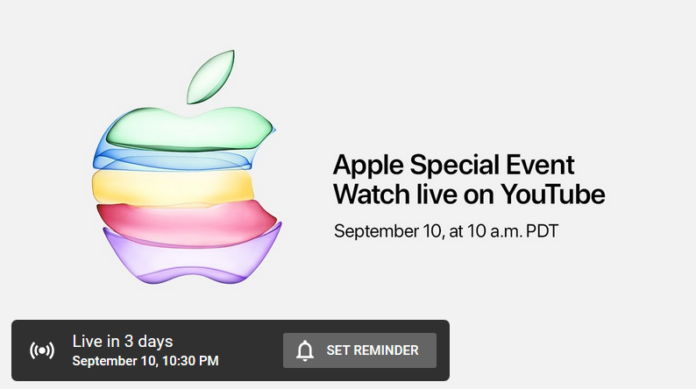 As expected when we are a few days from the keynote in which we will see the new iPhone, Apple has confirmed through its official applications that we can see the event live. But the company had an ace up its sleeve that hasn’t appeared until later: the keynote will also be broadcast live on YouTube.

If memory does not fail me, Apple had tried the odd one of its events on YouTube in the past. But it was somewhat discreet, without big ads. Now the broadcast is announced on the official Apple channel of that service, and uses the YouTube system itself so that the address of the video is ready.

This is the video. If you access it coming Tuesday 10 at 10:00 am in USA, you can see the keynote live from here or from this link on its official website:

Apple already has its own direct (and very good quality) signal, but the gesture of adding YouTube as an option to watch those live shows does not imply more than advantages for everyone. Users of Android and Windows devices will no longer depend on the ‘trick’ of locating the root web address of Apple’s video to insert it into VLC, and no one will have to worry about having a certain version of a certain browser. YouTube videos work everywhere.

That can translate into a larger audience to watch the event, moved in more interest by all the news that Tim Cook and his managers present on stage. Remember that we will be present at the Steve Jobs Theater to show you the news live on a special page that we will enable for this purpose.

iPhone 2020: next year’s model may have in-screen touch id