Being fat is bad for your health. This is something that has been repeated to us satiety and we have more than internalized, but a new study gives a little return to this idea. Australian researchers have just published a work in which they ensure that the high rate of body mass or overweight, which is often related to diseases such as diabetes or cardiovascular disease, in some cases can increase the chances of survival between certain types of Cancer.

The study has been carried out by researchers at the University of Flinders who, focusing on clinical trials of Atezolizumab, an immunotherapy treatment for advanced non-small cell lung cancer (NSCLC), found that there was a greater ability to respond to the drug in patients with a high body mass index (BMI). The surprising result is published today in the journal JAMA Oncology and contrasts with the periodic warnings about the health risks of patients who are overweight and obese.

“This is an interesting result and raises the possibility of further research with other cancers and other medicines against this disease,” says Dr Ganessan Kichenadasse, the lead researcher behind this study and a member of the Center for Innovation in the Fight against Cancer in Flinders. “We need to do more studies on the relationship between BMI and these treatments because they could help understand the mechanisms underlying this paradoxical response.”

According to Kichenadasse, his study is not unique but follows a stream of discoveries and begin to show the strange paradox between being overweight and the greatest resistance to cancer. “Previous studies have explored a concept called ‘obesity paradox‘ that shows how obesity, which is typically associated with an increased risk of developing certain types of cancer, can protect and give greater survival options in certain individuals.” “Our study provides new evidence to support the hypothesis that a high BMI may be associated with the response to immunotherapy,” says Dr Kichenadasse.

Flinders researchers based their conclusions on four clinical trials in which they saw how patients with NSCLC with a high body mass index (25 kg / m2) significantly reduced their mortality rate due to Atezolizumab treatments and benefited from therapy with Immune control point inhibitors. The treatment options for this form of lung cancer are rapidly evolving and include Immune control point inhibitors, medications and specific molecular chemotherapies so there is still much to explore about the effects of these new medications.

“While our study only focused on observing the evolution during the onset and course of treatment, we believe it is worthwhile to conduct more studies on the potentially protective role of a high BMI in other cancer treatments,” says the Australian researcher.

The result of this study contrasts with the analysis of agencies such as WHO, which estimates that at least 2.8 million people die each year as a result of being overweight or obese. Its presence leads to adverse metabolic effects on blood pressure, cholesterol, triglycerides and insulin resistance. The risks of coronary heart disease, ischemic stroke and type 2 diabetes have grown steadily with the increase in body mass index (BMI).

Of the 1434 participants studied in the Australian research, 49% were of normal weight, 34% were overweight and 7% were obese. 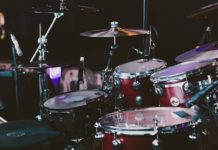 Is it possible to have the flu and a cold at...