The company assured that users whose audio messages were tapped agreed to this. But the agreement has only vague wording.

Facebook admitted that it listened to voice messages from users of the Messenger application. At the same time, third-party companies were involved in audio decryption.

The social network assures that users gave agreements by choosing a special option in the Messenger application for Facebook. But the media point to the vague wording of the agreement.

Last year, Facebook creator Mark Zuckerberg assured that suspicions of listening are conspiracy theories. Now the company says they stopped eavesdropping more than a week ago.

Messed up intimate conversations in Messenger

Facebook Inc. paid hundreds of third-party contractors to decrypt the voice messages of users of services belonging to the corporation. About this on August 14, Bloomberg writes with reference to sources familiar with the relevant work of contractors.

In response to a request from Bloomberg, Facebook admitted that they decrypted the messages, but assured that they did not do this anymore. The statement said that the decryption of sound messages stopped “more than a week ago.”

The social networks also said that they only listened to messages from those Messenger users who chose the option to convert voice to text. Third-party contractors checked how correctly Facebook artificial intelligence decrypted them.

Bloomberg notes that this is a clause in Facebook’s data usage policy that collects “the content, messages, and other information that you provide when sending messages or communicating with each other.”

These data, according to the company, are automatically processed. Facebook does not mention that other people can analyze them, the agency said.

As for the contractors listening to messages from Facebook users, they did not know about the origin of the records, nor about the purposes for which they were decrypted.

Sometimes these were conversations of a personal nature with vulgar vocabulary, so they had questions about the ethics of the procedure, the report said.

The purpose of collecting information Facebook calls to increase the relevance of advertisements and information offers to the needs of users.

Manual listening of user messages was previously recognized by Amazon, Google and Apple. In July, a class action lawsuit was filed in the United States for illegal surveillance against Apple.

According to Google and Apple, they suspended the corresponding programs. Amazon also allowed users to opt out of listening to their messages by third parties.

Numerous scandals related to the leak of personal data of Facebook users shocked the company all year 2018 and do not stop beating on its already tarnished reputation – a fact that even Zuckerberg himself admitted.

Now Facebook and its practices, which often violate the privacy of users, are under the scrutiny of US authorities.

Last month, the social network had to pay an unprecedented fine of $ 5 billion to the US Federal Trade Commission.

The penalty was the violation of the agreement for 2011 – the company promised not to transfer personal data of users to third parties.

But in March 2018, it became known that the British company Cambridge Analytica gained access to the data from the profiles of almost 90 million Facebook users without their knowledge.

The company used the collected information to evaluate the political preferences of users during the US presidential campaign in 2016.

In addition to the fine, the board of directors of Facebook should be restructured – a separate independent privacy committee will appear in it, which should “reduce the absolute power of Zuckerberg.”

Facebook also undertakes to check the compliance with the privacy standards of each of its new product or service.

At the end of last year, the American newspaper New York Times conducted an investigation and found out that the social network Facebook transfers access to user data and does not inform them about it in order to increase advertising revenue.

Since 2010, Facebook has entered into transactions with dozens of Silicon Valley companies to provide access to information. Thanks to these partnerships, the social network grew and increased advertising revenue. 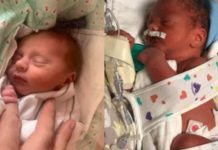 “Dismantling is not a solution”: Zuckerberg responds to Facebook co-founder