The twins Joslyn and Jaxon were born only 30 minutes apart, but they have completely different birth dates, to the point that not only does the day change, but also the month, the year and even the decade. Joslyn was born at 23:37 on December 31, 2019, while his brother Jaxon did it at 00:07 on January 1, 2020.

This is collected by the RTV6 channel cited by ABC News, about the unprecedented birth in Indiana (USA). The mother of these newborns, Dawn Gilliam, explained that they are shocked by the event because although both children were born only 30 minutes apart, they have the honour of being the last and first birth of Ascension St. Vincent hospital Carmel.

In fact, none of this was planned, since the birth was expected seven weeks later, but they decided to leave early to have very special birthdays.

The mother herself was impressed by the size of her children at birth. Joslyn weighed 1.8 kg at birth and has measured 45 centimetres. Jaxon, meanwhile, has weighed the same and measured 46 centimetres. “We were surprised at how great they were” and “we were joking about it just before I went into labor,” she said. 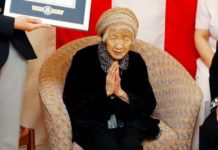 Good Morning Mark Zuckerberg! Is Facebook Ready For Next Year US...

Point to someone’s face and in five seconds have your name...