More
HomeBusinessB2BOPEC warns the US that the cartel cannot ensure the stability of... 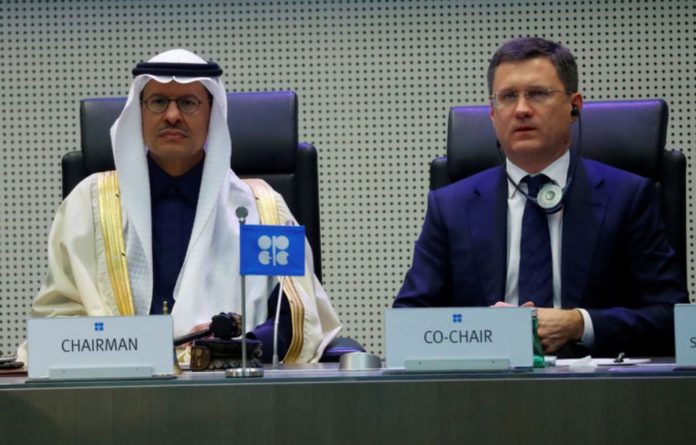 The Organization of Petroleum Exporting Countries (OPEC) cannot assume the responsibility of stabilizing the oil market alone, as warned by the secretary-general of the cartel, Nigerian Mohammed Sanusi Barkindo, in a message addressed to the United States during his participation in an energy forum in the United Arab Emirates.

“The mission of maintaining the stability of oil markets in a consistent manner is a shared responsibility of all producers, including the United States,” Barkindo said during his speech when questioned about the role of the US as an energy-producing power. “Only OPEC cannot assume that responsibility,” he said.

“We welcome the new status as a US producer, but that status entails a responsibility,” Barkindo added, recalling that the stability of the oil market is not only positive for producing countries, but also for American companies and consumers. “We invite the US to join us in this new role and objective,” he said.

However, Barkindo has highlighted the role played by the group of oil-producing countries called OPEC +, which includes countries such as Russia, in addition to the cartel members, noting that it is ready to face any uncertainty in order to guarantee the safety of the oil supply

“This framework is working and the participants continually show their commitment … I think this has greatly reassured the markets,” said Barkindo.

Also, OPEC Secretary-General has acknowledged feeling “very relieved” to see that security is maintained at the oil facilities in Iraq and that production continues. “We are optimistic that with the passing of the months Iraq will be able to reach the goal of 100% (of production),” he has anticipated.

For his part, the Minister of Energy of the United Arab Emirates, Suhail al-Mazroui, has expressed in the same event that he is confident that there will be no shortage in the supply of crude oil or a blockade of the Strait of Hormuz, stressing that he does not expect that Current tensions will lead to war.

No risk of supply shortage

“We do not expect shortage (of oil supply) unless there is a catastrophic escalation, which we do not imagine,” Al Mazroui said in statements.

The price of a barrel of Brent quality oil, a benchmark for Europe, came to overcome the $ 70 barrier early on Wednesday, something that had not happened since May 2019, after Iran has attacked the base with missiles Iraqi air force of Al Asad, which houses US troops, in retaliation for the death of Iranian General Qasem Soleimani, who died in an American attack at the airport in the Iraqi capital, Baghdad.

The Iranian response has caused a sharp rebound in the reference crude price for Europe, which was trading at $ 70.99 per barrel, at highs since May 2019, 3.7% above the price of $ 68.47 marked at the close of yesterday’s session, although after the opening of the bags of the Old Continent the price of Brent crude relaxed to $ 69.16.

In the case of the Texas oil barrel, a benchmark for the United States, the price has risen to $ 65.62, the highest since the end of last April, although it was currently moderating to $ 63.25, compared to $ 62.70 at the end of Tuesday.