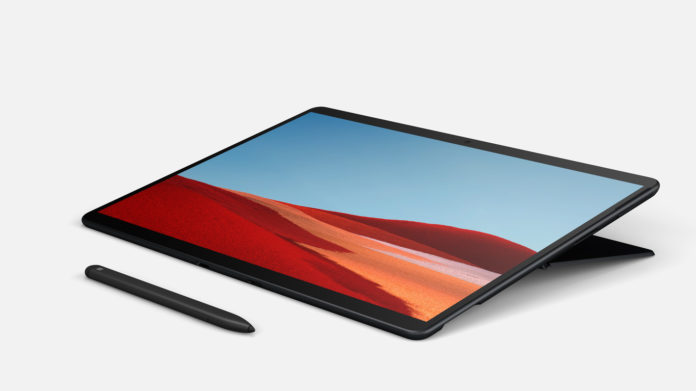 Microsoft has been presenting today its new family of Surface devices, in which in addition to the Surface Laptop 3, Pro 7 and Surface Neo, a new member called Surface Pro X has also been introduced. It is a new variant of the Surface Pro, but with a much finer and more stylized design to make it even more portable.

This is a clue as to where the design of the Surface range could evolve, a device that maintains the main characteristics of the family, but with changes such as a smaller thickness and much smaller frames. It is, in fact, a very close product in design to competitors such as Apple’s iPad Pro.

Finer, and with its own processor.

The new Surface Pro X is a device with a 13-inch PixelSense screen, which will have a resolution of 2880 × 1920 pixels and a density of 267 pixels per inch. It has a thickness of only 5.3 millimeters, and weighs only 774 grams.

Beyond its design, this is the first Surface device to use Windows 10 in ARM architecture, using its own mobile chipset called Microsoft SQ1, and which is based on Snapdragon technology. One of the benefits of betting on ARM will be in autonomy, and Microsoft has assured that the new Surface Pro X will have three times more power per watt than the Surface Pro 6.

As for the rest of the hardware, the Surface Pro X will feature up to 16 GB of LPDDR4x RAM and SSD storage that can reach 512 GB. Microsoft promises an autonomy that they promise will reach 13 hours with fast charging, although it will have to be tested in an analysis to see how true it is. There will also be an 11 megapixel rear camera with autofocus, and a 5 MP front camera. Everything, accompanied by Dolby Atmos audio.

The device will also feature LTE Advanced connectivity, and Microsoft says it has been working with Qualcomm to maximize GPU performance. The Pro X is also the first Windows computer to integrate a dedicated engine for AI.

One of the main protagonists of today’s Microsoft event has been the arrival of USB Type-C to the Surface range, and the Pro X will feature two USB 3.2 Type-C. In addition, there will also be a new digital pen called Surface Slim Pen, which maintains the functionalities of the classic Surface Pen with 4,096 pressure points, but can be recharged and with a design that is also finer.

The pen is designed to fit in the new Type Cover of the device. There is also a new keyboard that they have called Surface Pro X Signature Keyboard, which is almost like the rest of Surface Pro, but with a small compartment in which to put the pencil. In fact, you can close the lid of the device with the pen inside.

The new Surface Pro X will hit the market on November 5, although reservations can start as of today in the United States. As for the price, it will start at $ 999 in its less powerful configuration, increasing as we want better specifications.