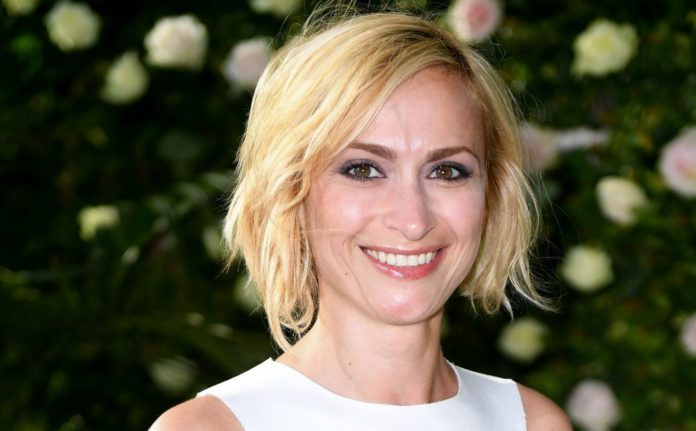 Hollywood has already found the scapegoat to blame for the chaos in the filming of ‘Rust‘, in which Alec Baldwin accidentally killed Halyna Hutchins: it is David Halls, the film’s assistant director. According to some media reports, he is responsible for the accident.

The outrage and disbelief over the death of the cinematographer have many in the Hollywood community talking about the work of a man many of them know well from his career in the industry over the past two decades.

According to a search warrant signed by a Santa Fe judge and obtained by the Associated Press, Halls collected one of the three guns from a mobile cart that had been prepared by the production’s gunsmith, Hannah Gutierrez Reed, 24.

He did so without checking to see if there were any projectiles in the barrel of the old Colt he chose, and yelled, “Cold gun!” -that is, without ammunition-, before handing it over to Baldwin. In a recording of the emergency call made by script supervisor Mamie Mitchell, she is heard saying of Halls: “This fucking AD that yelled at me at lunch asking about revisions, this motherfucker. He’s supposed to check the guns. He’s responsible for what happened.”

Halls has been in the film industry since the early 1990s. In these almost three decades he has worked in films such as ‘Matrix Reloaded’, ‘Bone Tomahawk’, ‘Balls in play’ or ‘Bad Santa’. But more striking is a sad coincidence: he was the first assistant director of the film ‘The Raven: Salvation‘, a sequel to ‘The Raven’, during the filming of which Brandon Lee died in another firearms accident in 1993.

The first assistant director’s job is to oversee set security and keep production flowing smoothly. Filmmaker Aaron B. Koontz, a friend of Hutchins and Halls, told the LA Times newspaper:

“Dave is extremely efficient and he’s very good at keeping the pace going and just moving at the speed that you have to move at in order to make your days.”

However, not everyone has good words for Halls; daring Maggie Goll.

Maggie worked with Halls in 2019 on the series ‘Into the Dark’, and as she explained to NBC, “he did not maintain a safe working environment”.

Faced with the enormous number of complaints, the producers of ‘Rust’ are investigating the testimonies of the workers of the film, puzzled by how Halls was able to deliver a loaded weapon to Baldwin without reviewing first.

Halls’ role is becoming a topic of debate because the protocol requires the first assistant director to check the weapon for safety. Lawyers and law professors said on American televisions that various individuals and entities involved in the production could face civil liability as a result of Hutchins’ death.

“Someone has been negligent and will pay,” a casting director, who prefers to remain anonymous said.

Lawsuits can reach millions of dollars. In Rust’s case, there is the negligence of not checking the weapon, allegedly the responsibility of Hall and the gunsmith Hannah Guerrero, but it remains to be found out why there was a real projectile in the barrel of the gun.

According to rumors among the workers of the film, three assistants of the armory would have been shooting with that weapon outside the filming days before the accident.

You were reading: Alec Baldwin case: Hollywood finds a scapegoat

As stress can negatively impact health and well-being, including increasing blood pressure and cardiovascular...
Health & Fitness

A Bitter Solution To Childhood Obesity And Diabetes, According to New Study

Obesity has become a significant health concern worldwide. In England, 10% of children at...
Health & Fitness

Ovarian cancer ranks as the fifth leading cause of cancer deaths among women and...

As stress can negatively impact health and well-being, including increasing blood pressure and cardiovascular...
Health & Fitness

A Bitter Solution To Childhood Obesity And Diabetes, According to New Study

Obesity has become a significant health concern worldwide. In England, 10% of children at...
Revyuh