More
HomeLifestyleEntertainmentAutopsy report of the Deadliest Catch star reveals the real cause of... 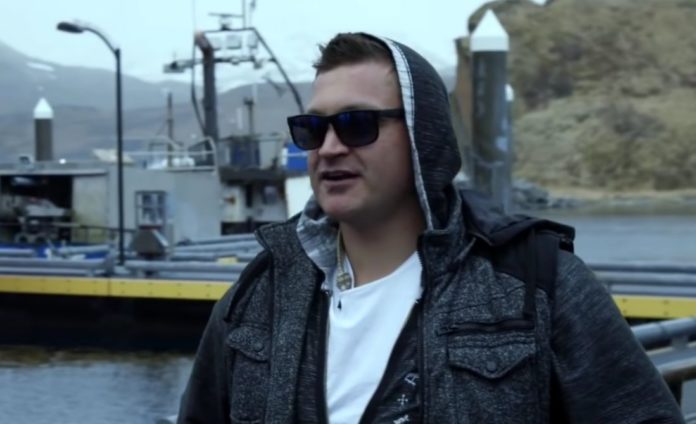 The autopsy reports of Nick McGlashan revealed that he was found dead as a result of overdosage of lethal combinations of methamphetamine, cocaine, and fentanyl in a Nashville hotel bathroom.

Nick McGlashan, better known as a ‘seventh-generation fisherman‘ and the Deadliest Catch star who had been fighting drug addiction for a very long time, died on December 28 in Holiday Inn.

According to the reports, an autopsy report probing into Nick’s death has just been released. A part of the investigation, submitted to the Nashville Center for Forensic Medicine by Investigator Krista Hammonds, states that “this 33-year-old male was found unresponsive in the bathroom of his hotel room,” adding that “the decedent had a known history of illicit drug abuse.”

The Deadliest Catch star who is said to be a father of two was found to have worn a gray T-shirt and grey underwear when his body was discovered.

The report suggested that there was “drug paraphernalia nearby”. Dr. William McClain, a  forensic pathologist  stated that  Nick whose first name legally was Bruce and was registered as an American-Indian by race, died due to “toxic effects of methamphetamine, cocaine, and fentanyl.”

The reports reveal that doctors had attempted and failed “to use a defibrillator” to save him.

Nick became a part of Deadliest Catch in 2013. The show was aired on The Discovery Channel. He worked as a ‘deck-boss’ in the show for nearly seven years of 78 episodes. However, he was dismissed from part of the 13th season of the show owing to his drug related issues. He was in a long-term relationship with his girlfriend, Clarie Hammond. The couple had two children.

Nick posted his last tweet on December 10 saying, “Trauma be making me fall asleep randomly. It also wakes me up randomly. Navigate carefully.”

Nick had once stated about being at the peak of his addiction when he was consuming a half-gallon of vodka and taking one gram of meth and two grams of heroin each day.

Nick had talked about his addiction in a write-up issued in the Chosen Magazine: “My life went from Bering Sea badass to full-blown junkie very rapidly. Hidden from me was that passion I had for life. Taken from me was my ability to live. I was at war with my addiction and it was winning.”

He also stated his efforts to stay sober by following a 12 step regimen. Nick also confessed that going to a rehabilitation center was the “scariest thing” he’d ever done, but also the “best”.