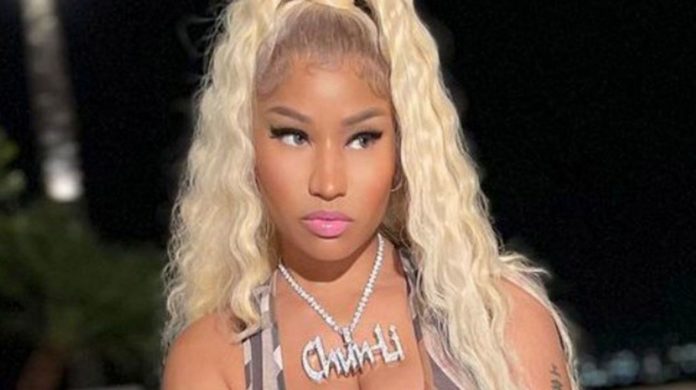 Nicki Minaj has launched a stinging attack on those who claim she forged an invitation to the White House.

Earlier last week, the artist stunned fans by publicly discussing conspiracy ideas about the Covid-19 vaccine. She then told a strange storey about her ‘cousin’s friend,’ who reportedly had a reaction to the vaccine.

Then, on Wednesday the 38-year-old rapper said that she’s been invited to the White House to “ask questions”, before she was temporarily suspended from Twitter for her Covid comments.

However, her claim was rebuffed by a White House official who told NBC News that they only “offered” a call to discuss questions about “the safety and effectiveness” of the Covid vaccine.

The mum-of-one fiercely hit back against the comments in an expletive rant posted to her Instagram account. Nicki Minaj claims to have been invited to the White House to discuss her vaccine thoughts ( Image: Getty Images for Harper’s Bazaar) The singer took to Instagram to slam those who say she is lying ( Image: Getty Images North America)

In a near-15-minute video, the singer told her 157 million followers: “Let me ask y’all something. In the 10, 12, 13 years, however many years you guys have known of me. Do y’all think that I would go on the Internet and lie about being invited to the f***ing White House? Like, what?

“Do you guys see what is happening right now? Oh my goodness!”

She claimed that the offer to attend the White House was genuine and said her manager was present when she took the call.

Nicki said that she was offered the chance to attend a meeting with Dr Fauci and the surgeon general, but was also given the option to do a live chat – in public or private – if she preferred.

When talking about claims on Twitter that she was lying, she snapped: “So now this man tries to come on Twitter to make a f***ing fool out of me. Sweetheart are you out of your f***ing mind? I’m not one of those people that y’all are gonna be able to do this with sweetheart, okay?

She labelled the comments a “personal attack” and an attempt to “assassinate my character” before claiming that “80 per cent of the artists feel like I feel about the vaccine and are too afraid to speak out on it”. Nicki asked her fans if they thought she had ever lied to them before

The Anaconda singer’s rant continued as she blasted the online comments, saying: “It’s disgusting that a person can’t speak about just questions or thoughts they’re having about something they’re gonna have to put in their body – that this attack is this hateful and purposeful.

Without letting up, Nicki said she had a right to speak her mind, especially when healthcare in the United States isn’t free.

“We’re living in a place without free health care,” she carried on. “So anybody in this country has the right to question anything about their health because if your health matters that f***ing much there would be free f***ing health care, bozos.”

And she ended by saying she will “follow this up tomorrow” and vowed to speak up for those who can’t speak up for themselves, while always rooting for “the f***ing underdog”.

Nicki has come under fire from an array of celebs in the UK due to her views, including Dr Chris Whitty.