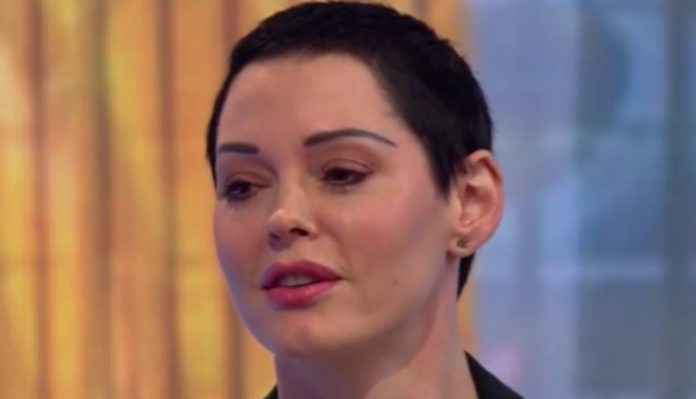 Rose McGowan slammed Oprah Winfrey on Twitter with a 2014 photo of her kissing Harvey Weinstein on the cheek.

“I am glad more are seeing the ugly truth of Oprah,” McGowan, an early #MeToo activist, wrote below the photo.

“I wish she were real, but she isn’t. From being pals with Weinstein to abandoning and destroying Russell Simmons’ victims, she is about supporting a sick power structure for personal gain, she is as fake as they come.”

Winfrey previously expressed her support for Weinstein, who is presently serving a 23-year jail sentence for two rape convictions.

She said that she “didn’t know” about the allegations against Weinstein at the time, but said that she was aware he was a “bully”.

She said: “What I knew about Harvey was that Harvey was a bully and that if Harvey is on the phone, you didn’t want to take the call because you are going to get bullied in some way.”

Weinstein was convicted of two felonies: third-degree rape and first-degree criminal sexual conduct. Additionally, he faces additional sexual assault accusations in a Los Angeles court, to which he has pled not guilty.

Russell Simmons, the music mogul, has been accused of sexual assault in over a dozen instances since 2017. He agreed to some instances of “inappropriate conduct,” but denied charges of non-consensual sexual contact.

Winfrey said in January 2020 that she would step away as executive producer of a documentary highlighting the experiences of Simmons’ accusers.

Explaining her decision, Winfrey said: “There is more work to be done on the film to illuminate the full scope of what the victims endured, and it has become clear that the filmmakers and I are not aligned in that creative vision.”

Winfrey said in a separate statement to The Hollywood Reporter: “I want it to be known that I unequivocally believe and support the women. Their stories deserve to be told and heard.”

A singer can break a wine glass by hitting the right pitch, due to...