More
HomeLifestyleEntertainmentSmurfs Day: five curiosities of the blue gnomes you may not have...

Smurfs Day: five curiosities of the blue gnomes you may not have known 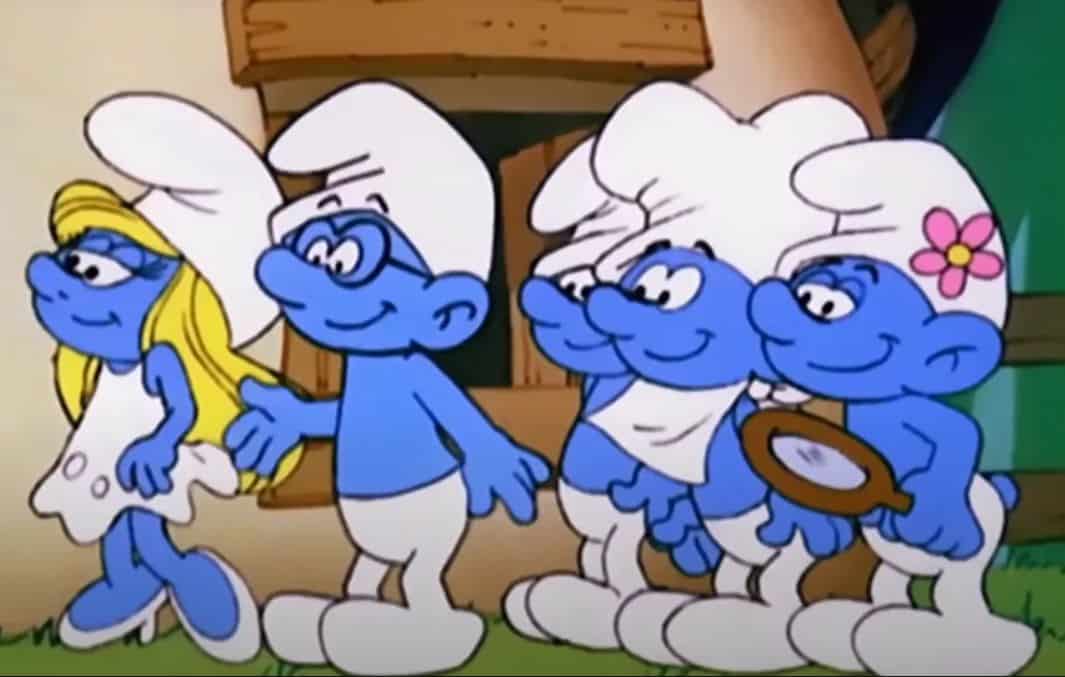 This June 27, the world celebrates Smurfs Day, one of the most popular and beloved animated series worldwide. The curious anniversary is celebrated every year on the Saturday closest to June 25 and commemorates the birthday of Pierre ‘Peyo’ Culliford, Belgian cartoonist and creator of these tiny blue characters.

On the occasion of the date, we present you some of the most curious facts about the series and its heroes.

The Smurfs’ village, a Marxist utopia?

The Smurfs live in an egalitarian and classless society, in which each of the blue gnomes is identified by their social functions, such as, for example, the Farmer Smurf, the Architect Smurf or the Doctor Smurf, among others.

Furthermore, just like in a communist society, everything is common and they work for the good of the community. Some critics accused the series of communist and totalitarian propaganda and even compared Papa Smurf, with a grey beard and dressed in a red cap, with Karl Marx himself.

For his part, the son of the creator of The Smurfs Peyo (1928-1992), Thierry Culliford, described the political analysis of the work as “grotesque and unserious”.

How long is a Smurf?

These curious blue creatures are three apples tall, or about 19 centimetres. In addition, its digital versions, created for the most recent animated films of the legendary franchise, have around 115 virtual bones.

As for the age of most of the inhabitants of the magic village, it is between 100 and 150 years old. Papa Smurf is 400 years old and Grandfather Smurf claims to be 1,000 years old, although no one can confirm or refute it.

They can arrest you for smurfing

Called smurfing, in the jargon of the banking industry is the practice of executing deposits or other transactions in order to register money in other financial institutions. This money laundering practice is more common in the microfinance arena.

The Smurf, meanwhile, is a colloquial term for a money launderer who breaks cash into small deposits.

The true origin of the Smurfette

In the Smurfs Village, there is only one woman: the Smurfette. The fact is that according to the animated universe there are no smurf women, and the blonde was created by the gnomes’ worst enemy, the warlock Gargamel, to make her seduce the smurfs and make them fight over her.

Since her arrival in the village, the Smurfette – who communicates with her creator through a magic mirror – has meddled in everything, annoying the Smurfs, who are already in love with her. The Smurfette feels guilty and has to leave the village in order not to sow discord. Later, she reveals to Papa Smurf that she no longer wants to follow Gargamel’s orders and wants to be like the rest of the Smurfs. For her part, Dad makes her an even friendlier and more beautiful smurf.

This California resident, named Paul Karason, was nicknamed Papa Smurf thanks to a rare disease called argyria, which dyed his skin blue.

The man suffered from a severe type of acne and chose to treat it with a colloidal silver-based substance, prohibited by the US Food and Drug Administration and the National Center for Health. In the first few weeks, he did not notice any changes in skin tone.

“The change was so gradual that I didn’t notice it, and neither did my friends,” he explained in an interview.

Several months later, he was diagnosed with argyria, a disease caused by the use of silver salts on the skin. “Colloidal silver was not something the doctor prescribed for me. I just saw it in a magazine ad and decided to try it. I applied it directly to my face.”

In 2013, the American Smurf Pope passed away at age 62 from cardiac arrest.

What is your favourite character from The Smurfs? Share your opinion with us!