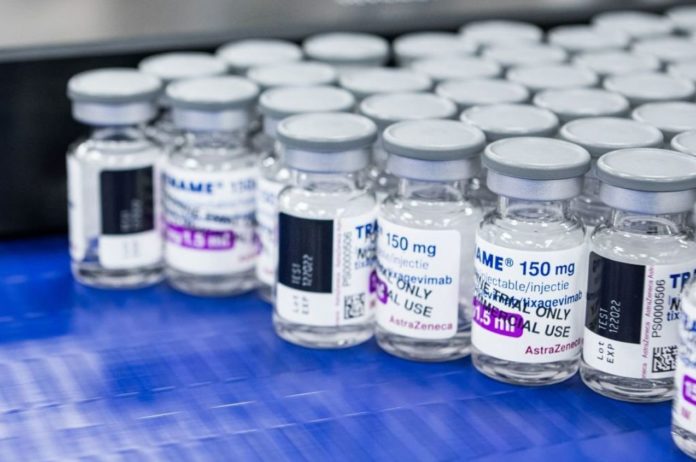 Following vaccination with the Astra Zeneca ChAdOx1-S COVID-19 vaccine, cases of thromboses (when a blood clot plugs a vein or artery) have been documented.

However, based on case reports alone, it’s difficult to estimate the frequencies of common venous and arterial events such stroke, myocardial infarction, deep vein thrombosis, and pulmonary embolism.

According to two new studies published in PLOS Medicine today, there is a slightly increased risk of cerebral thrombosis events following the Oxford-AstraZeneca ChAdOx1-S COVID vaccine.

The first study, by the researchers of William Whiteley of the University of Edinburgh and BHF Data Science Centre, looked at the electronic health data of 46 million adults in England

The second study led by Steven Kerr from the University of Edinburgh analyzed a dataset of 11 million adults in England, Scotland, and Wales.

“In adults under 70 years, the small increased risks of intracranial venous thrombosis and hospitalization with thrombocytopenia after first vaccination with ChAdOx1-S are likely to be outweighed by the vaccines’ effect in reducing COVID-19 mortality and morbidity,” the team says.

The second study combined data from numerous sources covering December 2020 to June 2021 for more than 11 million people in England, Scotland, and Wales. These sources included primary care, secondary care, mortality, and virological testing. They evaluated the rate of cerebral venous sinus thrombosis (CVST) episodes in the 90 days before immunization versus the four weeks after a first dose of ChAdOx1-S or BNT162b2. Following immunization with ChAdOx1-S, the authors discovered a slight increased risk of CVST events, amounting to one additional event per 4 million people vaccinated, which was roughly twice as high as before vaccination. The BNT162b2 vaccination was shown to have no link to CVST in the study.

“This evidence may be useful in risk-benefit evaluations for vaccine-related policies, and in providing quantification of risks associated with vaccination to the general public,” the authors add.

The authors of both research warn that, even in large cohorts, the low number of overall CVST and different subtypes of thromboses makes precise risk estimations problematic. They intend to conduct more research in the future, including investigations on additional vaccines as well as second and booster shots.

Whiteley says, “Because of its very large size, this research study has provided precise results on the risks of rare blood clotting events and of low platelet levels following COVID-19 vaccination. We were able to show that these risks occur only in people under 70 years old with the Oxford-AstraZeneca vaccine and that the increase in risk is extremely small – no more than a few people per million vaccinated.”

Kerr adds, “In this analysis using data from England, Scotland and Wales, we found a roughly two-fold increased risk of a rare form of blood clot in the brain following the Oxford-AstraZeneca vaccine, but we did not see any increased risk for the Pfizer vaccine. We used a novel method that allowed us to do the analysis across several countries without them having to share person-level data with each other, and we hope to take advantage of this in future to allow greater collaboration across the UK.”

You were reading: Study reports few cases of rare form of blood clot in brain after AstraZeneca shot