The Iraqi government helplessly reacts to the angry youth 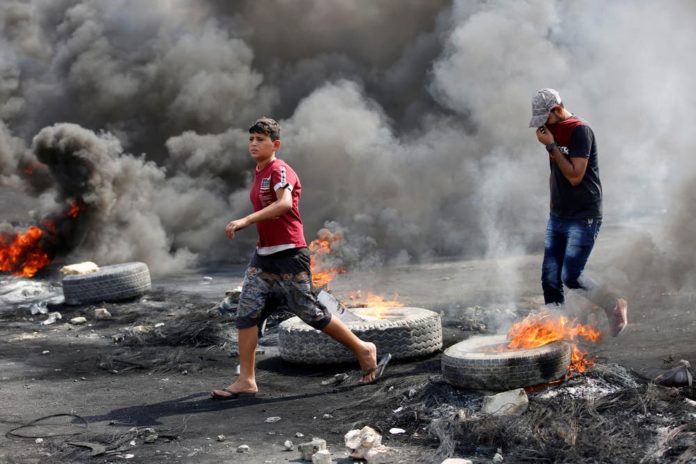 The Iraqi government is one of the most corrupt in the world. Despite bubbling oil revenues, young people who push hundreds of thousands into the labor market each year do not find jobs. By contrast, since the beginning of the week, thousands of protesters have protested in numerous regions of the country.

Surprisingly, the protests do not come. In recent years, there have always been big demonstrations, especially in the hot summer months. In southern Iraq’s Basra, the center of the Iraqi oil industry, severe riots broke out in 2018 after thousands were treated for dirty drinking water in hospitals. Connoisseurs of Iraq have long warned of an explosion of discontent among the youth, should the government not act and invest in job creation to provide a better future for the younger generation.

But despite the relative stability that has prevailed in the country since the expulsion of the Islamic State (IS) from its last strongholds, little has changed in the daily lives of many Iraqis. Important reforms are pending or will take effect in a few years. Iraqi Prime Minister Adel Abdul-Mahdi is preoccupied with fending off hostility from pro-Iranian forces and keeping Iraq out of the conflict between Iran and the United States. There is great concern that, as in previous years, the conflict could lead to an Iraqi proxy war, dragging the country again into the abyss.

Some commentators see an Arab Spring in Iraq in the recent wave of protests. Iraq is not a dictatorship, of course. But because the changing governments have proved incapacitated for years, the discontented people now want to make themselves heard on the street.

Although warned, the government has responded helplessly to the protests. Security forces have deployed not only tear gas but also live ammunition in Baghdad and elsewhere against unarmed – and mostly peaceful – demonstrators. As a result, there were in some cities to some serious clashes.

According to state broadcaster Irakiya, an angry crowd stormed the provincial government headquarters in Najaf and the southern Iraqi city of Nasiriya on Wednesday. According to the Iraqi Human Rights Commission, the riots in Baghdad and southern Iraq over the past two days have claimed at least 19 deaths and over 650 injuries, including more than 50 security forces.

Early Thursday morning there was an explosion in the Green Zone of Baghdad, where the government and numerous foreign representations are based. The US-led coalition against ISIS had not been damaged and an investigation was in progress, said US spokesman Captain Myles B. Caggins III. At the same time, he called the reports of the dead and injured “very worrisome” and called for restraint on all sides. Peaceful protests are a fundamental part of democracies, according to the statement.

The head of the United Nations Mission in Iraq, Jeanine Hennis-Plasschaert, was also concerned and urged the government to “maximum restraint.” The use of violence only hurts, Hennis-Plasschaert said after a meeting with a group of demonstrators. To get the situation under control, the government has taken drastic measures. In Baghdad, Nasiriya, Amara and Hilla, she imposed a curfew. Moreover, except in the Kurdish state in the north, it paralyzed the Internet throughout the country. She wants to prevent the protesters from organizing themselves via social networks.

Prime Minister Adil Abdul-Mahdi blamed the riots on rioters. At the same time, he promised “radical solutions to the many problems” that would have accumulated in recent decades. But getting it under control requires more than beautiful words. The majority of the demonstrators are young and frustrated men. Even if the government succeeds in suppressing the recent wave of protests, they will take to the streets again if there is no alternative for them to penetrate their concerns into the isolated government district.