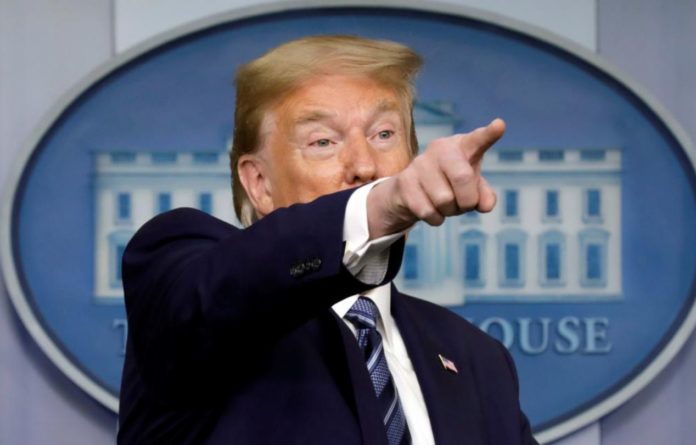 The president of the United States, Donald Trump, assured that he will “regulate” or even “close” social networks if they “silence” conservative voices, hours after Twitter included for the first time a notice that cast doubt on the veracity of a message from the president.

The platform denied Trump’s messages about voting by mail.

“Republicans believe that social media platforms completely silence conservative voices. We will either tightly regulate them or shut them down before letting something like this happen,” he added, considering that as early as 2016 these networks tried – “and failed” – with something similar.

Trump assured that the implantation of the vote by mail, “a freeway for deception, forgery and theft of ballots,” cannot be allowed either. With this system, said the president, “the one who deceives the most will win.”

After accusing the tech giants of “silencing conservative voices,” Trump added: “We will either vigorously regulate them or shut them down before allowing that to happen.”

Trump responded in this way after Twitter added a misleading content alert to two tweets by the president, who maintained that the ballots to vote by mail were “fraudulent” and that “mailboxes will be stolen,” among other things.

Beneath the tweets, Twitter placed a link saying: “Get the facts about voting by mail” that guides users to a Twitter “Moments” page with verified facts and news on the subject.

Trump responded on Twitter, accusing the platform of “interfering in the 2020 Presidential Election” and insisting that “as President, I will not allow this to happen.”

Its campaign manager, Brad Parscale, said the company’s “clear political bias” caused the campaign to remove “all of our Twitter advertising months ago.”

The social media company has banned all political advertising since November 2019.

Trump did not explain his threat Wednesday and the call to expand regulation seemed to run counter to old conservative principles on deregulation.

But some Trump allies, who have alleged bias on the part of technology companies, have questioned whether forums such as Twitter and Facebook should continue to enjoy rules that take responsibility for being “platforms” under federal law or be treated more like publishers, who may face contention lawsuits.

Such guarantees have allowed the unrestricted growth of the internet for more than two decades, but now some Trump allies are in favour of social media companies facing increased scrutiny.

“Big tech firms get a lot of money from the federal government,” Republican Sen. Josh Hawley told Fox News. “They receive special immunity from lawsuits and liability, which is worth billions of dollars to them each year. Why are they receiving subsidies from federal taxpayers to censure conservatives, to censure people who criticize China? ”