More
HomeNewsScience and ResearchA day in the laboratory where an independent internet of Google (and... 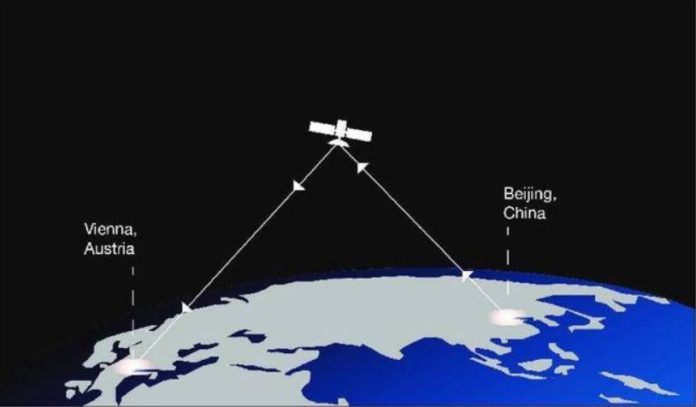 Through the OPENQKD project, researchers from across the EU seek to take advantage of quantum technology to create a secure communication network away from the United States and China

To the south of Paris, about 20 kilometres from the French metropolis, concrete begins to give way to the green of central Europe. The forests multiply at every step and the tranquillity is installed on the shoulder, but in that idyllic space not everything is as it seems. Next to vines and autumnal colors, there is the Campus of the University Paris-Saclay, a giant environment covered by faculties, apartments and laboratories that hides one of the great technological projects promoted by the European Union in recent years: the creation of a new quantum internet that allows Europe to independent its communications from the US and China.

In this gigantic French campus, institutes such as C2N and large companies such as Thales work together (under the tutelage of CRNS, the French CSIC) to develop the OPENQKD project. An idea that, in short, is the last plan of the authorities of the region to lead what they have called “new quantum revolution” and take advantage of all this momentum to create secure communications networks between institutions and critical infrastructure of our continent. According to its drivers, it is something unique on the planet and maybe closer than one might imagine.

This information is provided by Thierry Debuisschert, responsible for the area of ​​quantum physics at Thales, during the visit that El Confidencial was able to make to the laboratories that this company has at the Paris-Saclay University and which houses different investigations such as its participation in OPENQKD. “The project seeks to give Europe a boost in the field of quantum communication and thereby achieve an infrastructure that gives total security in the communication between institutions and critical infrastructure, preventing anyone from intercepting critical messages or data,” explains the expert.

Specifically, the Austrian Institute of Technology (AIT) is responsible for leading and coordinating the evolution of researchers, but the CNRS (with which the French company collaborates) plays a key role. “We participate in two areas. On the one hand, we are developing terrestrial devices that allow the use of quantum technology for secure communications, and on the other, we collaborate in the creation of quantum satellites that will be necessary to support this network once it spreads, “explains Debuisschert.

Like them, Spanish organizations such as Imdea, the Polytechnic University of Madrid, Telefónica and the ICFO of Barcelona also collaborate in OPENQKD, and the objective is that in 2022 (the program was launched in 2018) there is already a clear advance in these fields. “The idea is that in about 10 years we can count on a solid network of quantum communications in Europe. We already have more than 25 use cases, including some developed here, as a network that we built between the AIT and our laboratory and that already we have tried, but there is still a lot of work ahead, “says the head of Thales.

As for how they are trying to build this new network and make it truly ‘unreachable’, the researchers talk about the key being in the letters QKD or ‘quantum key distribution’. It is a form of encryption that allows the transmission of data with a very high level of security based on the fundamental principles of quantum mechanics.

The doubt of total security

Broadly speaking, the QKD systems studied by European researchers take advantage of the characteristics of these technologies to protect the transmission of messages. As? Creating encrypted keys that are transmitted to the appropriate sender and receiver through photons and whose intrinsic quantum properties allow them to be almost indecipherable keys. What happens if someone intercepts the password? According to experts, the information is corrupted and a new one would have to be sent, but, following the principles of quantum physics, it could never be read and exploited by the enemy. At least that is the theory since certain weaknesses have already been found.

The coding that we use at the moment encrypts a message that can only be decrypted using a secret key, and the trick is that nobody knows that key. Right now, it is very complex to reveal a cryptographic key, but the technological improvements mean that uncertainty always exists and the QKDs end it because there is no possible decryptable key. Of course, we already talk about weaknesses, such as blinding the photon receiver and stealing the key without being corrupted, or problems with the optical fibre through which the photon should travel to its receiver. That is why these programs look long term.

“The idea is to achieve a change in the way we see, understand and use quantum communication, but we need time and strong support from institutions and companies, ” says Debuisschert. In principle, according to this French engineer, we could use the current fiber optic at least to start communicating, but the idea is that in a while the whole infrastructure adapts to this new form of communication and a satellite network is created specially for it. Therein lies the other problem. Being such a novel and groundbreaking issue, it is beginning to test now what infrastructure would be needed and how everything should be adapted for such a profound change.

For now, according to its drivers, the project will focus on small and controlled areas and then expand in the future. ” Especially, it will focus on the telecommunications sector, where data traffic in transit and at rest should be ensured. Other applications, such as medical and government data security or the transmission of secure control signals in the power grid. ” In the future, there is already talk of “a new internet” based on quantum computers. In what year could we see something like that? According to Marko Erman, CTO (technical director) of Thales, it will be necessary to wait, at least, until 2028 “to put into operation a quantum operational network” and until 2035 to change that network to one of quantum information.

The fear of losing again

As we have seen and explained by Thales experts, the entire OPENQKD project is still at a very early period and many pieces are missing to be able to create the expected communications network that the European Union craves, but after all, this underlies an ideal shared by all these specialists: Europe can and should dominate this new technological revolution. Or at least lead much of the change independently. At least that’s how blunt Erman explains. “We need a decisive commitment from the authorities for this new quantum revolution to be able to lead the change,” says the expert.

One of the obsessions of both Thales and his collaborators is that leadership is not only at the time of the implementation of these technologies but also works pan-European in development. The fear that other giants such as China or the US will set the pace again and control telecommunications flies over the environment. “The idea is that it is fully European technology, with companies and institutions in the region, that leads all this, to ensure the independence and security of the systems,” explains Debuisschert.

They say, do not enter into debates with cases such as Google and its milestone of “quantum supremacy” or the technological war between the US and China, but they make it clear that there are many actors participating in this race and it must be very consider. “China has already launched quantum satellites and has been working on this for several years with very important investments. We have to value European knowledge and take the opportunity not to fall behind,” the French experts conclude.