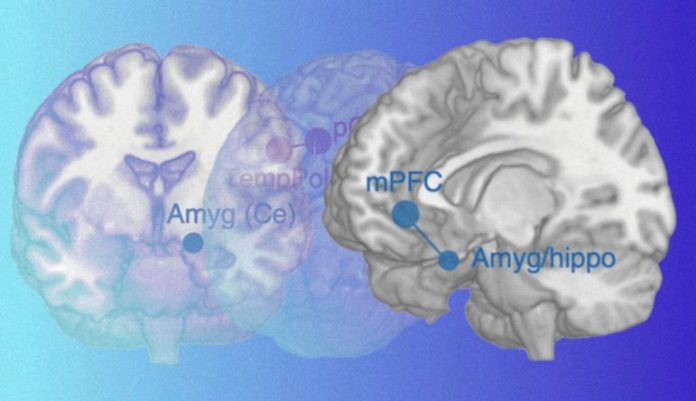 The activity of the brain in the processing of information depends on how it was obtained in the learning process. This was discovered by British scientists during an experiment in which participants had to memorize sequences that were either associated with a particular award or not. The presence of different independent paths can ensure the normal functioning of the processes of memorization and memory even in the event of a violation of some brain structures.

Getting new knowledge about the world can occur in many ways. The main evolutionarily established method is reinforced learning: in the learning environment there is a relationship between some process and what follows, and the learning process itself depends on how effectively they can be connected.

At the same time, the discovery of such a relationship, apparently, is not always key for learning: you can get new experience and new knowledge spontaneously, without reinforcement (this is not only about positive, but also about negative reinforcement). It is still unknown, however, whether these two paths can be separated – especially with regard to brain function.

Scientists led by Miriam Klein-Flügge of the University of Oxford, who conducted an experiment with 26 volunteers, decided to figure this out. Before starting the experiment, participants had to remember several sequences of stimuli: for this, they were shown a plate with various figures, along which it was necessary to move the cursor from one figure to the next – each figure in the sequence was highlighted after clicking on the previous one. After the end of the sequence, a reward followed, and the participants had to remember not only the order but also the number of incentives before receiving the reward.

At the same time, participants remembered sequences of stimuli that did not lead to remuneration – control ones. To test how participants memorized sequences and their ability to associate sequences with a reward or lack thereof, scientists calculated the reaction time (pressing a key) when either a treasure chest (reward) or an image of a bridge (control condition) appeared on the screen. It turned out that the reaction time is reduced in the learning process (p <0.001), and also it is significantly (p <0.001) lower for conditions with a reward than without it.

Interestingly, in the learning process, progress was observed not only for sequences of stimuli that were associated with rewards, but also for control stimuli: over time, participants quickly clicked on the next order in order and could even remember some of the proposed sequences in both conditions.

The day after training, scientists conducted an experiment using fMRI. During the scan, the participants were shown incentives in specific sequences one at a time: this time there was no reward (or lack thereof), and the participants were asked to simply press a button if a flower image appears on the screen. Moreover, since the shown sequences were still learned, scientists had the opportunity to evaluate differences in brain activity depending on the method of training.

An analysis of the scan results showed that there are significant differences in the way information is processed, depending on how it is received. For example, when processing sequences that lead to a reward, there is a strong functional relationship between the orbitofrontal cortex and temporal lobes, and when processing control sequences between the prefrontal cortex, amygdala and hippocampus. It is also interesting that regardless of the method of training, the participants observed approximately the same activity in the region of the striatum, which is part of the reward system when the first figure appears in the sequence.

The fact that the information obtained as a result of two different methods of learning is processed and stored in the brain in different ways (although, of course, they have intersections) is not surprising: building an association between stimulus and reward in learning with reinforcement, on the one hand, requires additional resources, but on the other – much more efficient. The researchers note that the existence of several such pathways can ensure the effective functioning of memory even if the functioning of some parts of the brain is disturbed.

In order to make training as effective as possible, it is worth taking small breaks between practice periods: in April of this year, scientists found out that the accuracy and speed of completing tasks increases during short breaks, and this is accompanied by the activity of the frontotoparietal zones in the theta range.

One Living Community Shows More Signs of The Mysterious Denisovans

According to a new research conducted by Irene Gallego Romero of the University of...
Featured

Anthony Fauci Makes His Final Rounds As A Public Servant

This month, Anthony (Tony) Fauci will retire from his positions as director of the...
Health & Fitness

A new study offers insights into how the "hell planet" became so hot and...

One Living Community Shows More Signs of The Mysterious Denisovans

According to a new research conducted by Irene Gallego Romero of the University of...
Featured

Anthony Fauci Makes His Final Rounds As A Public Servant

This month, Anthony (Tony) Fauci will retire from his positions as director of the...
Health & Fitness

It requires no time commitment, no preparation, no club memberships, and no special skills....
Revyuh