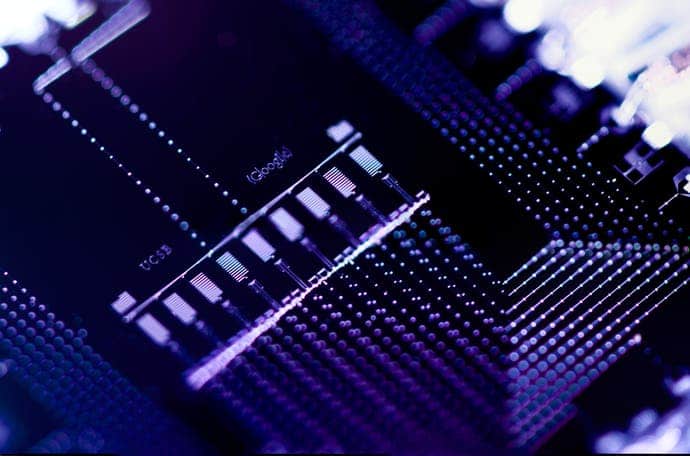 For the first time, a quantum computer has solved a task that is virtually impossible for any existing classic computer. Google’s Sycamore chip calculated the problem in minutes, while a supercomputer would take millennia. Thus, the company has achieved the already announced in 2017 “quantum superiority”, as shown by a research article, the last week briefly appeared on the website of Google’s cooperation partner NASA, but then was taken off the grid. Although the chip solved only a single, irrelevant for the practice task. Nevertheless, physicists regard the result as groundbreaking. As before, there is no quantum computer that would be preferable to a normal computer in practice.

According to the rules of quantum physics, quantum computers can execute a gigantic number of calculation steps simultaneously, which a classical computer would have to process one after the other. For this he uses the superposition, which exists only in the world of the smallest particles. For example, a single particle, an electron, can rotate left and right at the same time. This double existence can be used in information technology as so-called qubit. This stores the two values ​​0 and 1 simultaneously, while the classic bit can only record one of them at a time. With every additional qubit, the number of possibilities doubles. Google’s Sycamore processor works with 53 qubits. This can save about 100 million billion combinations of 0 and 1.

To calculate, qubits must be linked together. A program connects the qubits in pairs in a specific order depending on the specific problem to be solved.

In practice, however, such a calculation is error-prone, as qubits react very sensitively to environmental influences. The necessary shielding again makes it difficult to read the results. Experts believe that this only works for certain applications, such as optimization tasks or machine learning.

These applications are interesting for a data company like Google. Already in 2014, the company hired one of the leading physicists in the field: John Martinis from the University of California at Santa Barbara. His team develops chips with superconducting qubits. These are something like artificial atoms. These are machined components, in the case of Sycamore aluminum and indium. The electrons behave like qubits at temperatures close to absolute zero. With microwave signals, they can be linked and the results read.

To demonstrate the quantum supremacy, Google has run a kind of random algorithm. This linked qubits together in a random order. Then a measurement was taken. This process was repeated millions of times. In this way, the quantum computer generated within a few minutes a chaotic collection of combinations of 0 and 1. This deviates slightly from pure coincidence, some variants are more common than others. The corresponding probability distribution can be simulated with a classical computer. However, this would take millennia because of the enormous storage requirements, as tests on the currently fastest supercomputer Summit in the USA showed, in which parts of the task was calculated and from this the total computing time was estimated.

A milestone with limitations

This is a decisive milestone, says Frank Wilhelm-Mauch of Saarland University. The physicist heads the EU project OpenSuperQ, which intends to build a quantum computer with superconducting qubits at Forschungszentrum Jülich in the next three years. He praises Google’s terrific engineering performance. It is only a beginning. To make practical tasks such as the simulation of molecules in drug discovery succeed faster than on supercomputers, the error rate of the qubits would still be limited and solved several technical problems, such as integrating the control electronics in the cooled part of the quantum computer. He compares the now reached stand with a stadium round in a marathon.

The result is very impressive, agrees Andreas Wallraff from ETH Zurich, who is also researching superconducting qubits. Sycamore is the least error-prone existing superconducting quantum chip of this size. However, the physicist limits the meaning of the result a little: The test task was specifically designed so that it is just so solvable for the chip, while a classical computer is particularly difficult. Classic computers often use special mathematical structures to solve problems, Wallraff says. The random character of the task makes this impossible.

What does it mean better?

Whether the quantum superiority is a suitable criterion to judge the quality of a quantum computer is disputed in the professional community. Another criterion is quantum advantage. This would only be achieved if a quantum computer would gain a significant practical advantage over classical computers. This would be the case, for example, if he could do the search for a medical drug at the same cost much faster than a conventional computer.

Although quantum superiority sounds more bombastic, it is much easier to achieve than the quantum advantage. Google’s competitor IBM uses a third scale called quantum volume. It summarizes technical criteria that are considered decisive for the performance of a quantum computer. In addition to the number of qubits, these also include their lifespan and the possibility of linking them together. In Google’s Sycamore, for example, only directly adjacent qubits can be linked.

Nevertheless, Google’s result is very motivating, says Wallraff. It is even conceivable that a cleverly conceived algorithm on Sycamore would solve a practical task, says Tomasso Calarco from Forschungszentrum Jülich. Google’s team around John Martinis agrees: “We’re just a creative algorithm away from valuable applications,” concludes her publication.