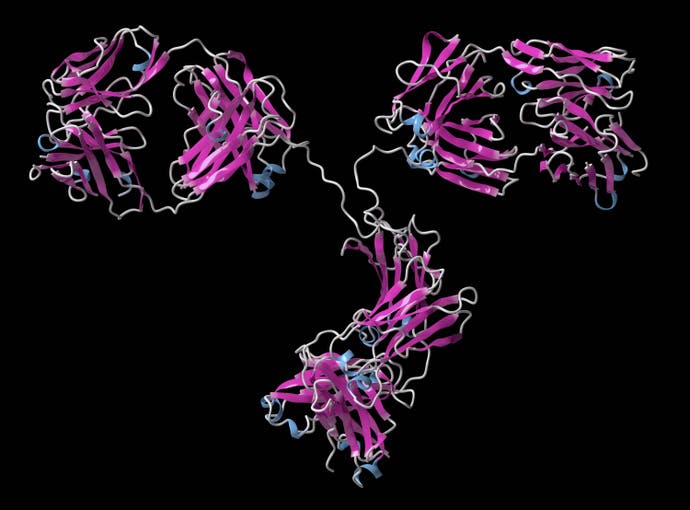 Anyone who keeps track of medical coverage has learned a lot about new cancer treatments in recent years. Because in this area, the mail goes off. Today, some tumors are curable or at least treatable, which ten years ago would have meant a certain death sentence. The reason for this oncological turn of events are drugs such as Kymriah or agents with such imaginative name as ipilimumab.

All of these medicines have one thing in common: They do not kill the cancer cells directly, but rather they harness the patient’s immune system. Because a variety of strategies are used, you can easily lose the overview as a layman. By contrast, the excellent book by the British immunologist Daniel M. Davis now helps. It not only provides a good summary of the state of research in this field. Davis is also a brilliant storyteller, who teaches the reader not only the scientific findings but also the personalities and living conditions of the involved researchers. So the instructive one is also a very entertaining reading.

A secret on the trail

One of the immuno-stories is about Charles Janeway, “one of the most exciting, honorable, and attentive immunologists,” as a colleague in an obituary wrote to the scientist who died in 2003. The Yale University American worked on what he called “the dirty little secret” of vaccinations. For a long time, it has been known that many vaccines do not work well unless they are supplemented with something extra, such as aluminum hydroxide.

Why are these “adjuvants” needed, as the immune boosters are called? Janeway did not let go of that question. Because the former doctrine said that the immune system can distinguish very sharply between the body’s own and foreign tissue. This is to prevent dangerous bacteria or viruses from spreading in our bodies and – ultimately – killing us. Without this ability to quickly recognize and eliminate enemies from outside, Homo sapiens would have long since died out. That we are still there, we owe a large part of the immune system.

So far so good. Nevertheless, it does not seem to be enough to present pathogens killed or inactivated to the immune system as part of a vaccine. This is surprising because the vaccine contains many foreign substances that could alert the immune system. On the other hand, the immune system must also be careful and not sound an unnecessary alarm. This commandment applies, for example, to foods we eat for the first time, to harmless intestinal bacteria or to pregnant women whose babies are to a large extent made up of foreign cells.

Just being “stranger” is not enough to trigger a strong immune response. It needs a second signal, Janeway postulated in 1989. This signal is triggered, for example, by large molecules located in the outer shell of dangerous germs. Because these fat-sugar compounds are recognized by the immune cells, they are like aluminum effective vaccine adjuvants.

By thinking and experimenting, Janeway came up with the brilliant idea: in order to recognize structures that signal danger, the immune cells need receptors that detect molecular patterns instead of individual substances. These “pattern recognition receptors” must have originated very early in evolution and be part of the innate immune response.

Even though the idea of ​​pattern recognition did not appeal to all colleagues at first, years later it turned out to be the right one. Proofing began in flies with a receptor called Toll. The name goes back to the German Nobel laureate Christiane Nüsslein-Volhard. She is said to have been so enthusiastic about the discovery of the gene that she named it after the German expression “great”. As it turned out, the flies need the Toll receptor to fight off fungal infections.

Similar genes and receptors were later found in humans. The fact that these toll-like receptors actually work as Janeway had predicted was rewarded in 2011 with two medically-priced awards. Janeway went blank because he died of lymphoma eight years earlier. More luck – if you can even say so – had the third Nobel Laureate of 2011, the Canadian Ralph Steinman. He has discovered the “alarm cells” of the body’s defense with the dendritic cells. Steinman, too, was dead when the Nobel Committee announced the good news. The illustrious circle in Stockholm apparently did not know that.

Steinman is the first scientist to be awarded the Nobel Prize posthumously. This is all the more tragic, as the researcher had four and a half years before suffering from pancreatic cancer. The doctors estimated the prognosis to be a few weeks to months, but Steinman did not give up. He tried eight different experimental therapies, including three vaccines based on the immune cells he discovered.

“It’s impossible to say if the experiments have prolonged his life,” Davis writes in his book. For the case history of an individual has no statistical significance. Such sober assessments make the reading of “Healing on their own” especially valuable. For the author always knows how to distinguish what is proven knowledge and what is speculation. In addition, he writes no jubilee on the immunotherapies, but also mentions the many bitter regression with some deadly complications in the treated patients.

At the center of Davis’s thrilling stories are almost always men and women who thought ahead and others were open to the unexpected. Only in this way could they find out about important aspects of the immune system. But how is it related? Will a smart mind soon develop a comprehensive theory of the immune system? Davis is skeptical. Maybe the system is much more pluralistic than we imagine, he writes. Because like every aspect of human biology, the immune system has not developed on the basis of a codified foundation of principles. It may therefore be idle to search for it.

The aging as a shadow side

Even without general theory, the findings in immunology turn around the medicine properly. This does not happen only in oncology. Novel vaccines, antibodies and other medicines are also used against infections and autoimmune diseases. The fatal illnesses of yesteryear have in many cases become chronic disorders, which the patient with different combinations of therapies lives longer and longer.

Nevertheless, there are limits, writes Davis warning. For the price of a perfectly functioning immune system for years is possibly the aging of cells and tissues. Davis does not believe that this process can be delayed forever. That would be a completely different story anyway.