The results, which were released today in Science Advances, have implications for conditions like Parkinson’s disease, which can occasionally result in behavioral changes including increased aggression and combativeness.

The brain structures responsible for aggressive behavior have been well investigated. The mechanisms that alert the body when to stop fighting are far less well-known. Now, a new study by Salk researchers pinpoints a gene and a particular set of brain cells that are essential for controlling fruit fly aggression.

The results, which were released today in Science Advances, have implications for conditions like Parkinson’s disease, which can occasionally result in behavioral changes including increased aggression and combativeness.

“We’ve found an important mechanism in the brain,” explains senior author Kenta Asahina, “that normally prevents us from expressing high levels of aggression.

Although the results are based on fruit flies brain, “the same mechanism may be at play in humans, at least at the molecular level,” adds the author, “which could help better explain a host of psychiatric diseases.”

De-escalation, or knowing when to stop fighting, is an important survival skill because it lets animals adjust their level of aggression based on the costs and benefits of a fight with a rival—at some point, it’s no longer worth it to keep fighting. Recognizing when to calm down is difficult because there isn’t a clear cue, like when an animal realizes it’s full and stops eating.

In order to conduct the study, researchers studied the behavior of fruit flies (Drosophilia) with and without specific interest-related genes. In particular, they looked at how often male flies lunged at other males, which is a common sign of aggression in this species. They discovered that nervy-deficient flies were substantially more aggressive than their healthy counterparts.

The animal’s decision to stop fighting in the heat of the moment is not actually influenced by the nervous gene. Instead, they claim that it aids in the fly’s capacity to react to environmental stimuli (presumably based on the fly’s prior interactions with other people).

The purpose of nervy, according to the first author Kenichi Ishii, a former postdoctoral fellow in Asahina’s group, is to prepare the nervous system so that animals are prepared to stop fighting when the appropriate signal comes in.

Lacking nervousness prevented the nervous flies from starting more aggressive interactions by chasing other flies. They simply had a higher propensity to select combat during casual encounters.

Then, using single-cell sequencing, researchers examined how the activation of other genes varied between flies with and without the nervy gene. This enabled the team to discover other genes that were involved in the emergence of the de-escalation mechanism that were located downstream from nervy.

“Although flies are very different animals than humans, some of these mechanisms may be similar in both species,” says Asahina, adding “Uncovering the molecular basis of aggression may lead to a better understanding of how aggression is involved in certain types of psychiatric disorders.”

Even though the authors also found a small group of brain cells (neurons) that use the nervy gene to stop fighting, more work needs to be done to figure out how the brain circuit that stops fighting works.

Their next goal is to exactly pinpoint which group of neurons is in charge of inhibiting violent behavior. They also seek to understand what developmental period the nervy gene has a role in the formation of the nervous system.

You were reading: Identified An Important Brain Mechanism That Tells The Body When It’s Time To Stop Fighting 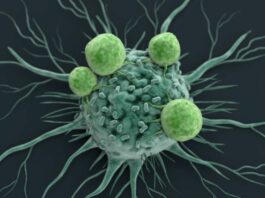 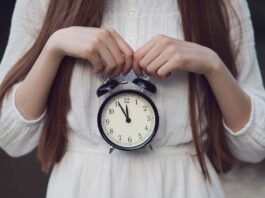 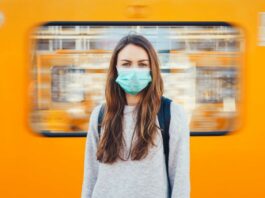