Mitochondrial diseases are a set of rare hereditary disorders affecting one in every 4,300 individuals. It is possible to have symptoms in any part of the body if you have a mitochondrial deficiency, although the symptoms tend to be more pronounced in tissues requiring the greatest energy, such as the heart, brain and muscles.

When mitochondria, the microscopic organelles that provide energy to cells, malfunction, it can result in a dizzying array of symptoms, including developmental problems, fatigue and tiredness, seizures, developmental and cognitive difficulties, and eyesight issues. The problem could be a flaw in any of the 1,300 or so proteins that make up mitochondria. However, scientists don’t know much about what many of these proteins do, which makes it hard to find the flaw and treat the condition.

Researchers from Washington University School of Medicine in St. Louis and the University of Wisconsin–Madison examined dozens of mitochondrial proteins with unclear activities and proposed roles for many of them. They found the genetic origins of three mitochondrial illnesses and proposed another 20 options for further research using these data as a starting point. Understanding how mitochondria’s hundreds of proteins work together to create power and perform the organelles’ other activities, according to the research published in Nature on May 25, could pave the way for better approaches to diagnosing and treating such disorders.

“We have a parts list for mitochondria,” says co-senior author David J. Pagliarini, “but we don’t know what many of the parts do.”

Mitochondrial diseases are a set of rare hereditary disorders affecting one in every 4,300 individuals. It is possible to have symptoms in any part of the body if you have a mitochondrial deficiency, although the symptoms tend to be more pronounced in tissues requiring the greatest energy, such as the heart, brain and muscles.

The researchers next looked at each cell line for hints as to what role each missing gene plays in keeping the mitochondria running well. The researchers measured the quantities of 8,433 proteins, 3,563 lipids, and 218 metabolites in each cell line while monitoring their development rates. They utilized the information to create the MITOMICS (mitochondrial orphan protein multi-omics CRISPR screen) app, which includes tools for analyzing and identifying biological processes that are disrupted when a specific protein is missing.

A multisystemic disorder induced by abnormalities in the major energy-producing route is one example. Professor of mitochondrial pathology at Newcastle University in Newcastle-upon-Tyne, UK, Robert Taylor, PhD, DSc, found a patient with clear indications of the illness but no mutations in the traditional suspect genes. Researchers found a new gene in the pathway and showed that it was changed in the patient.

Separately, the team discovered that altering one gene, RAB5IF, caused the protein TMCO1, which has been related to cerebrofaciothoracic dysplasia, to disappear. The illness is distinguished by unusual facial traits as well as profound intellectual incapacity. Together with co-author Nurten Akarsu, PhD, a professor of human genetics at Hacettepe University in Ankara, Turkey, the researchers showed that a mutation in RAB5IF caused one case of cerebrofaciothoracic dysplasia and two cases of cleft lip in a Turkish family.

When a third gene was mutated, it caused issues with sugar storage, which contributed to a deadly autoinflammatory disease. A team led by Bruno Reversade, PhD, of A*STAR, Singapore’s Agency for Science, Technology and Research, published data on the syndrome last year.

“We focused primarily on the three conditions, but we found data connecting about 20 other proteins to biological pathways or processes,” the authors add. “We can’t chase down 20 stories in one paper, but we made hypotheses and put them out there for us and others to test.”

Pagliarini, Coon, and colleagues have made the MITOMICS app available to the public to aid scientific discovery. They included a number of user-friendly analytical tools, allowing anyone to explore patterns and charts simply by clicking around. The data can be downloaded in its entirety for further investigation.

“The hope is that this large dataset becomes one of a number in the field that collectively help us to devise better biomarkers and diagnostics for mitochondrial diseases,” the coauthor adds. “Every time we discover a function of a new protein, it gives us a new opportunity to target a pathway therapeutically. Our long-term goal is to understand mitochondria at sufficient depth to be able to intervene therapeutically, which we can’t do yet.” 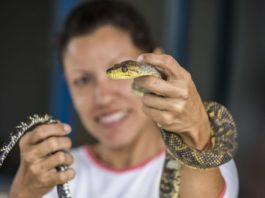 This Simple Blood Test Detects Snakebite Was Dry Or Venomous 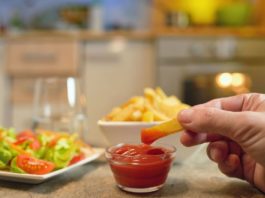 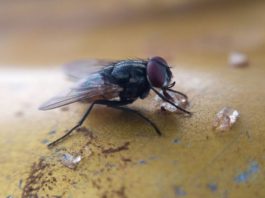