Astronomers have finally gathered evidence of toxic gases emerging from the volcanoes of Jovian moon Io, the radio images concerning the event will finally shed some light on its environment.

Io is known for its considerably high volcanic activity as it has more than 400 active volcanoes on its surface.

The major cause for such a high volcanic activity is the gravitational pull the moon experiences from its neighboring celestial bodies which include Jupiter and three other Galilean moons called Europa, Ganymede and Callisto.

The main component of the Io’s atmosphere and its surface is Sulfur dioxide which is continually coming out from its interior to its surface in gaseous form through these volcanoes. Upon reaching the surface they cool down and settle on its floor illuminating the entire planet orange and yellow at night.

Explaining where the sulfur dioxide in the Io’s atmosphere comes from, Astronomer Imke de Pater said:

“It was not known which process drives the dynamics in Io’s atmosphere. Is it volcanic activity, or gas that sublimates from the icy surface when Io is in sunlight? What we show is that, actually, volcanoes do have a large impact on the atmosphere.”

Finally, researchers have some of their answers. Scientists already knew that Io’s atmosphere is very thin, for a planet with such high volcanic activity it is surprising, as most of the gases escape its atmosphere at the rate of 1 metric ton per second under the influence of Jupiter and its magnetic field. This in turn had made a giant field of plasma called Io plasma torus that revolves around the Jupiter.

Astronomers in their pursuit to further understand the planet and its atmosphere used Atacama Large Millimeter/Sub millimeter Array called ALMA in Chile and made some astounding discoveries.

They found the sulfur dioxide freezes on its surface at night as temperature drops very low and again revert back to its gaseous state within 10 minutes in sunlight.

The high-resolution snapshots recorded by ALMA allowed astronomers to clearly see the columns of sulfur dioxide (SO2) and sulfur monoxide (SO) rising from volcanoes and conclude that they correspond to 30% to 50%. of Io’s atmosphere.

Statia Luszcz-Cook, an Astronomer from the Columbia University, explained:

“When Io passes into Jupiter’s shadow, and is out of direct sunlight, it is too cold for sulfur dioxide gas, and it condenses onto Io’s surface. During that time we can only see volcanically-sourced sulfur dioxide. We can therefore see exactly how much of the atmosphere is impacted by volcanic activity.”

The images from ALMA helped astronomers clearly distinguish evidences of sulfur dioxide, sulfur monoxide and potassium chloride being emitted from different volcanoes. Presence of Potassium chloride clarified that not all volcanoes are erupting from the same magma, making it clear that its core has diverse composition. They also estimated that about 30-50 % of the sulfur dioxide in the atmosphere comes from the volcanoes.

Elaborating on the future scope of the research de peter said:

“To measure the temperature of Io’s atmosphere, we need to obtain a higher resolution in our observations, which requires that we observe the moon for a longer period of time. We can only do this when Io is in sunlight, since it does not spend much time in eclipse. During such an observation, Io will rotate by tens of degrees. We will need to apply software that helps us make unsmeared images. We have done this previously with radio images of Jupiter made with ALMA and the Very Large Array.”

The two papers elaborating on the research are also available in The Planetary Science Journal. 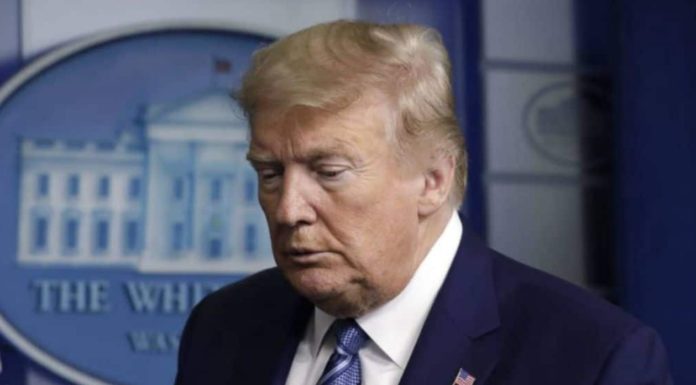 “What the hell is that?” a fisherman is surprised to catch a strange fish

Guess We Understand The Moon Better Than Climate On Earth

Cause Leading To More Than Two Million Person-Years Of Lost Life...

ABOUT US
Revyuh is the indispensable guide to the most astounding advancements in science and technology, describing how they alter our perception of the world and impact our lives.
Contact us: mailus at revyuh dot com
FOLLOW US
© Revyuh | Revyuh is not responsible for the links of external sites.
MORE STORIES

Brain Imaging Detects A Hidden Link In The Human Mind

Blocking This RNA Reverses Signs Of Aging, And Disease In Mice,...

Guess We Understand The Moon Better Than Climate On Earth