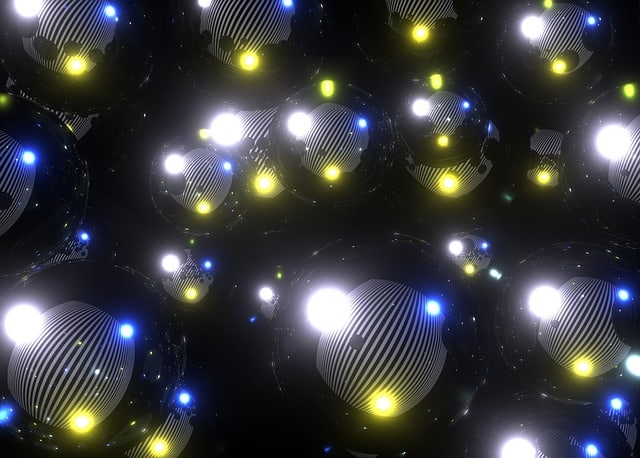 Scientists have failed to identify a clear leader among the theories proposed to explain the diversity of dwarf galaxies rotation. It turned out that all the options only partially cope with the task: not one of the theories is able to reproduce the entirety of the observed parameters.

The main visible components of galaxies are stars and gas, and their concentrations can be determined from observations of the brightness of the glow in different spectral ranges. Therefore, it is possible to restore the distribution of the density of matter over the galaxy. If we assume that this substance accounts for most of the mass of the galaxy, then from the obtained distribution we can theoretically calculate the rotation curve – the dependence of the speed of stars in galactic orbits, depending on the distance to the center.

In the vast majority of cases, the prediction made in this way will not coincide with observations. For example, in large spiral galaxies, as a rule, the speed increases quite sharply near the center, and then changes slightly up to very large distances. At the same time, based on a density estimate based on a luminous substance, less sharp growth, a maximum and a decrease to small values ​​on the outskirts should be observed.

Several theories have been proposed to explain this discrepancy. The most popular at the moment suggests the existence of an invisible component of the universe – dark matter. This substance does not emit and does not absorb light, but it has mass, due to which it can affect the motion of ordinary matter through gravity. For most large galaxies and their clusters, the very simple distribution of mass in the halo of dark matter surrounding them allows us to bring the theory into line with observations.

However, for dwarf galaxies, in which a much greater variety of forms of rotation curves is observed, this is often not possible. In particular, in such systems, rotation curves can grow in the center even faster than expected in the presence of dark matter, or, conversely, go closer to the predictions of the theory without an invisible component of the Universe. In the first case, this indicates an increased mass density in the center, and in the second, a lower one.

Astrophysicists with Isabel Santos-Santos from the University of Victoria in Canada analyzed existing theories that are used to explain the rotation curves of dwarf galaxies. The authors divided them into four categories: baryonic effects (powerful flows from the system or to its center), dark matter physics (the possibility of particles participating in dark matter not only in gravitational interaction), non-standard laws of acceleration of ordinary matter (for example, modified gravity at low accelerations ) and inaccuracies in determining velocities (the possibility of a predominance of elliptical rather than circular orbits in the center).

The method chosen by the authors was to use numerical modeling (hydrodynamic simulation on cosmological scales) of dwarf galaxies, taking into account the characteristics of various theories and comparing the resulting diversity with real data. Scientists have studied the positions of galaxies in the coordinates of two rotation speeds: at a characteristic radius that separates the inside from the outside, and at the maximum distance from the center. The studied models predict various regions of the predominant location of galaxies, which were compared with the distribution of known systems.

As a result, astronomers came to the conclusion that none of the options considered can describe all the observational data. While most theories can explain certain aspects, the unusual laws of acceleration have shown themselves worst of all: they cannot correctly reproduce the key parameter – speed in the inner regions of galaxies. Separately, the authors write that a significant part of the data can be described by elliptical trajectories of objects in the central parts of galaxies, but in this case, the fact that this effect is significant only in the case of galaxies with low surface brightness requires a separate explanation.