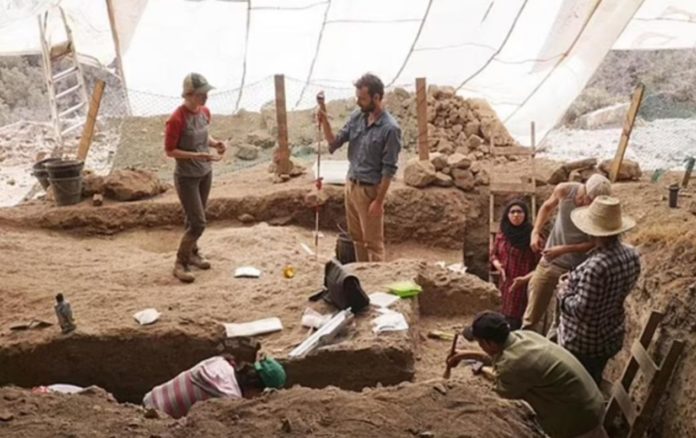 Scientists note that this find is the earliest evidence of a form of non-verbal communication between people.

In Morocco, archaeologists have discovered the oldest jewellery in the world, which is almost 150,000 years old.

It is reported that an ancient necklace made from sea snail shells was found in the vicinity of Essaouira, a Moroccan port city.

A total of 33 beads were found, each of them about a centimeter in diameter. Scientists speculate that they were sewn to clothing or worn on a string.

This is the earliest known evidence of non-verbal communication, according to study lead author Steven Kuhn.

Kuhn and his colleagues claim that the beads are the earliest known evidence of a widespread form of nonverbal human communication.

According to him as cited by DailyMail:

“They were probably part of the way people expressed their identity with their clothing,’ and are ‘the tip of the iceberg for that kind of human trait.”

“They show that it was present even hundreds of thousands of years ago, and that humans were interested in communicating to bigger groups of people than their immediate friends and family.”

The beads uncovered by Kuhn and his collaborators were made from sea snail shells, and each measures roughly half an inch long.

Holes in the center of the beads, as well as other wear and tear marks, clearly show that they were hung on strings or from clothing, according to Kuhn.

The beads, according to Kuhn, are essentially a fossilized form of basic communication, and while we don’t know what they mean, they are clearly symbolic objects deployed in a way that other people can see them.

Additionally, the beads are notable for their durability – something physical to study.

Instead of using ochre or charcoal to paint their bodies or faces, as many people did, the makers of the beads created something more permanent, Kuhn explained, implying that the message they intended to convey was long-lasting and significant.

The beads, in many ways, raise more questions than they answer. Kuhn and his colleagues are now interested in determining why the Aterian people felt compelled to create the beads at that particular time.

They’re looking into a variety of possible explanations. One, Kuhn stated, is related to population growth; as more people began to settle in North Africa, they may have required means of self-identification.

Additionally, it is possible that people in North Africa began using the method of communication during a period of cold and dry climate.

They may have formed clans or other allegiances in order to protect scarce resources, then used the beads to express their ethnicity or other identity in order to demonstrate their belonging to a particular area, Kuhn said.

“It’s one thing to know that people were capable of making them,” Kuhn said, “but then the question becomes, ‘OK, what stimulated them to do it?”

The researchers published their findings in the journal Science Advances.