Ime Udoka worked as an assistant with the Brooklyn Nets in 2020–21 for one season before agreeing to become the head coach of the renowned Boston Celtics the following year.

But as quickly as Udoka was able to climb to the top of the mountain, that’s how quickly he could fall. Shams Charania, an NBA source, claims that Udoka had an “improper” connection with a female employee of the Celtics.

Shams tweeted on September 22 that “Celtics coach Ime Udoka had an improper intimate and consensual relationship with a female member of the team staff, sources tell [The Athletic].

“It’s been deemed a violation of the franchise’s code of conduct.”

Adrian Wojnarowski, an NBA insider for ESPN, says that Udoka’s actions are a direct violation of team rules and that the Celtics are likely to suspend him for a long time.

But some fans think that Udoka’s actions don’t warrant such a long suspension. Some people want the Celtics’ head coach to be fired right away because of his conduct.

Udoka and Nia Long ‘Believed’ They Were Separated

Since 2010, Udoka has been dating renowned actress Nia Long. In 2015, the two announced their engagement. However, NBA insider Brandon “Scoop B” Robinson of Bally Sports claims Long and the Celtics coach were split up before this new news about Udoka’s relationship with the team employee.

Robinson tweeted on September 22 that “Boston Celtics coach Ime Udoka and his partner are believed to have been separated prior to current issue.”

“Celtics players have been aware of the current issue with their coach for a couple of days & were briefed earlier this week.”

After coming within two victories of hoisting another championship banner in Boston, it was anticipated that the Celtics will be among the leading candidates for the NBA championship in the year 2023. However, that forecast was conditional on Udoka remaining as their coach, as he was crucial in leading the team to last year’s Finals.

Since it is still not clear how long he will be suspended, the Celtics’ season could be over before it even begins. According to Wojnarowski, there is a chance that Udoka will be benched for the duration of the entire season.

“The relationship was considered a violation of the organization’s guidelines, and a decision on the length of that suspension is expected to come as soon as Thursday, sources said,” Wojnarowski said.

“While no final decision has been made, internal discussions have included scenarios that would keep Udoka out for the entirety of the 2022-23 season, sources said.”

As fans wait to hear about Udoka’s suspension, all eyes will be on the Celtics. It could be a choice that changes the whole look of the Eastern Conference. 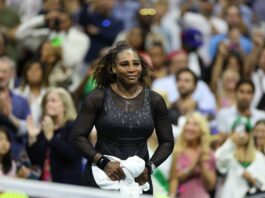 “I’m Still Capable”: Serena Williams After Losing 3rd Round Of The... 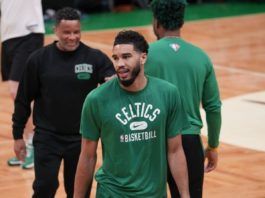 A Simple Strategy Could Increase Boston Celtics Winning by 6.03% –... 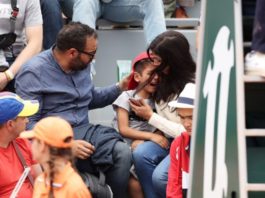 Child hurt after a tennis player angrily bounced the racket –...