The Israeli prime minister revalidated leadership in the right-wing Likud party with 72% of the votes, against rival Gideon Moshe Sa’ar who did not exceed 30%

Israeli Prime Minister Benjamin Netanyahu revalidated leadership in his right-wing Likud party with 72% of the vote, against rival Gideon Moshe Sa’ar who did not exceed 30%.

Netanyahu proclaimed his victory before the final recount in which more than 41,792 voters opted for his candidacy despite being accused of corruption, compared to 15,885 of Sa’ar, which automatically leads him to head the electoral list of the Likud in the next elections of the March 2.

“With God’s help and yours, I will lead Likud to a great victory in the next elections and continue to lead the State of Israel to unprecedented achievements,” Netanyahu said during the recount, an hour after the polls closed at 23.00 (21.00 GMT) on Thursday. Shortly after, Sa’ar accepted the defeat with 27.5% of the support and announced that he will close ranks with Netanyahu ahead of the March elections.

“It was the right decision”

“I am happy with the decision I have made. It was the right one. Those who are not willing to risk what they believe will never succeed,” he said of his challenge to whom he has been leading the party for more than a decade.

The current acting head of government, who won his last primary in 2014, faced an opponent who pressed for this call for the first time on Thursday and generated an internal stream of dissent.

Netanyahu appeared apparently touched, after not having been able to form an Executive after the elections of April and September and being accused of bribery, fraud and abuse of trust. But finally, it has been imposed with a large majority of almost 50% of the 116,048 Likud militants who came to vote this Thursday.

Although his legal situation does not guarantee that he can also revalidate his position as prime minister since it is not clear if a defendant can receive the mandate to form a government, a doubt about which the Supreme Court and the attorney general of the State. 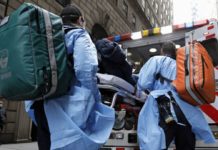 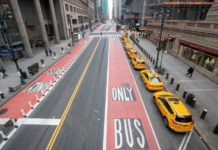 Coronavirus in New York: 41 subway employees have already died and others remain in isolation 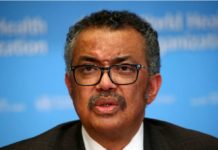 “Don’t politicize the virus,” the WHO told Trump

World after the death of General Qassem Soleimani, the new martyr...

The UN announced a sharp reduction in mortality from AIDS

In the Middle of War: retaliation against Hamas terrorist