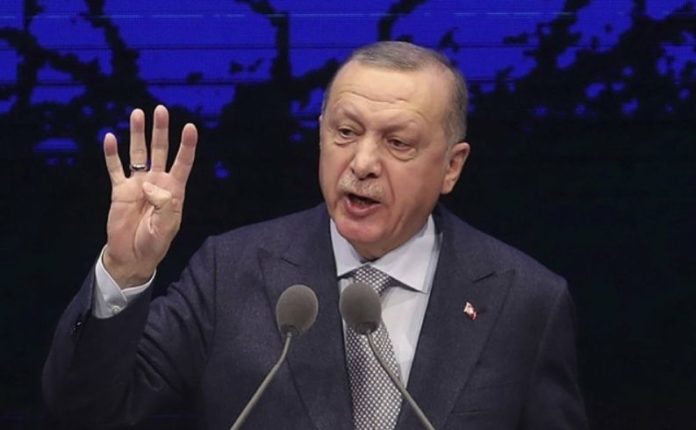 The Turkish president protests against the bombing of Syrian regime forces in the rebel stronghold. Raids that killed at least 20 people, including civilians

Turkish President Recep Tayyip Erdogan said on Friday that he would talk with his Russian counterpart Vladimir Putin about the “unfortunate” situation in Idlib, a rebel stronghold in northwestern Syria that was bombed by the regime despite a truce agreement.

Recep Tayyip Erdogan said he would address the issue at an international conference on the situation in Libya in Berlin on Sunday.

“I will be in Berlin on Sunday and So will Vladimir Putin. I intend to discuss all of this in detail with Mr Putin. The latest developments in Idlib are unfortunate,” the Turkish head of state told reporters in Istanbul on Friday.

Nearly 20 civilians and dozens of fighters were killed on Wednesday and Thursday in Idlib province, where the Syrian regime resumed shelling to seize a strategic town, according to the Syrian Observatory for Human Rights (SOHR), an NGO.

The violence comes despite a new ceasefire sponsored by Moscow, which supports Bashar al-Assad’s regime, and Ankara, a rebel backer, which came into force on Sunday.

The pro-regime daily “Al-Watan” blamed the “collapse of the ceasefire” on “terrorist organizations” who “violated” the truce by attacking Syrian military sites.

“Their excuse is always the same, always ready: terrorist groups have done this or that. They’re lies. Since when have 3 or 4-year-olds … become terrorists?” said Recep Tayyip Erdogan on Friday.

“Because of all these developments, and even though the Berlin conference seems to be primarily focused on Libya, I intend to address the situation in Idlib in-depth,” he added.

Turkey and Russia, whose relations have long been marked by mistrust, have strengthened cooperation on Syria in recent years, and have been trying to do the same in Libya for several weeks.

Mr Erdogan and Mr Putin sponsored a ceasefire agreement between the Ankara-backed, UN-recognized Tripoli government and the rival forces of Marshal Khalifa Haftar, supported by Moscow.

On Friday, Recep Tayyip Erdogan said Field Marshal Haftar was “not trustworthy,” adding that he was waiting to see “what he would say in Berlin.”

Six months after the fire of Notre-Dame, no sign of reconstruction

The British Government confirms that the Brexit agreement will be voted...