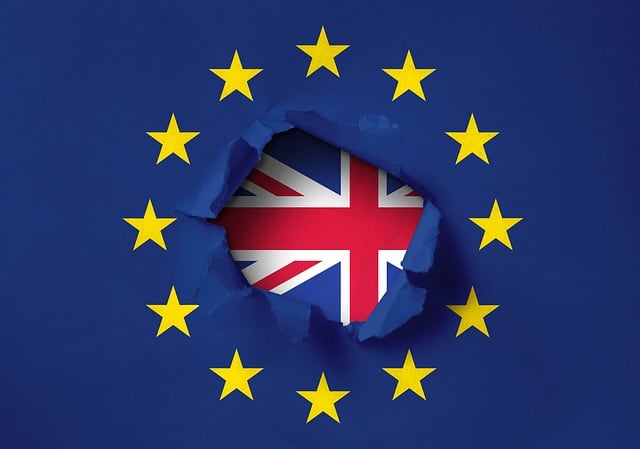 The European Union expects the United Kingdom to approve the Brexit agreement. And then? Here are the keys to understanding the coming months

Michel Barnier, chief negotiator of Brexit for the European Commission, is a very disciplined man. Repeat the same slogan again and again until it is clear that you are serious. And since 2017 he continually repeats that negotiations with the United Kingdom on future relations with the EU will be much more complex than those of divorce, which has taken almost three years to conclude. And we are already at their doors. Welcome to Brexit after Brexit.

The European Union hopes that the new majority obtained by Boris Johnson, British Prime Minister, will approve in Westminster the Brexit agreement negotiated between the European Union and the United Kingdom. Once it does, the European Parliament, in January, will ratify the text and London will formally leave the community club on January 31, 2020. Immediately afterwards, negotiations will begin to reach a trade agreement between the EU and the United Kingdom, which will continue to be commended on the European side by Barnier.

Where is the United Kingdom after leaving the EU?

In the so-called ” transitional period “, a time of grace in which the country is no longer part of the EU but still has its benefits, without having a voice or vote in the institutions. During this time life will remain the same, although the United Kingdom will no longer be a member of the European Union. It is an established period with the objective of taking advantage to establish the relationship that should replace the membership of the European club. The Brexit agreement establishes that this transitional period ends on December 31, 2020.

How are these negotiations going to be?

Enormously difficult. The United Kingdom has always played with the idea that by maintaining the same standards as the European Union (because they have just left the block) the negotiation should be much simpler, since there is no need to match regulations. But precisely therein lies the problem: London does not want to maintain the same standards as the EU, it wants to diverge from them. That means that trade negotiation will follow the opposite direction of any other process to achieve a trade agreement: instead of breaking down barriers to facilitate trade, in this case the trade agreement has to build barriers.

In addition, although Johnson has a very large majority, in his own party there is a wide debate about what kind of relations the United Kingdom has to maintain in the future with the European Union. At the same time, the EU will be more divided in this second phase of the negotiations because, unlike the first one, in each Member State it will have to fight for its interests, which in some cases will clash with those of others. With the things of eating, and that is fundamentally a commercial agreement, unity does not prevail.

What are the deadlines?

As always in Brexit, very tight. The trade agreement must be negotiated during the 11 months of the transition period. The reality is that no one in the European Union, and especially Barnier, believes that it is possible to close a trade agreement within that period. These types of treaties take years to close and are extremely complex. However, there is the option to extend this transitional period until the end of 2021 or even the end of 2022. But, to do so, Johnson should request that extension before July 1, 2020. Asked about that possibility, Emmanuel Macron, French president, said that these types of treaties can “take a little more time,” while shrugging and smiling.

Will that extension be requested by Johnson?

That is what everyone in Brussels wants to know. For the moment, Johnson has assured that he will not ask for it and that the United Kingdom will be completely separated from the EU in January 2021. But the victory of the Prime Minister has been so overwhelming that many are confident that this will give him the necessary flexibility as if to break its promises, including that of regulating the United Kingdom from the EU, one of its concessions to the toughest wing of the Conservative Party. “If I had to guess from our conversations, I would say that Boris Johnson is an economic and social liberal, someone who will want a close relationship with the EU,” said Leo Varadkar, Irish Prime Minister.

What if he doesn’t ask for it?

If on July 1, 2020, the United Kingdom has not requested an extension, we enter unknown territory and a new countdown. Brexit without an agreement has not yet been avoided, and that is the decisive factor in the negotiations for future relations: if an extension is not requested and a commercial agreement cannot be closed before January 1, 2020, the result in practice It is a Brexit without agreement with disastrous consequences.

If the EU certifies that the United Kingdom does not want to extend, it will focus on negotiation of a basic trade agreement, the minimum possible to guarantee the lowest standards of maintaining its commercial relations with London, without counting on services, which is the main British interest in this negotiation.

Conclusion: an undercover pulse between the US and the EU

The EU is glad of this result because it guarantees some stability in the short and medium-term, offers the assurance that the Brexit agreement will be approved, and gives Johnson a strong mandate for future relations negotiations. However, there are a significant number of risks on the horizon. The United Kingdom can become in the next months on the battlefield between the United States and the European Union to attract London to its economic orbit. That means that Brussels probably has to be much more flexible and generous with British negotiators than it has been during the divorce negotiation.

The United Kingdom is too important for the EU in economic and strategic terms to deliver it to the United States, with whom Brussels no longer maintains a common agenda. And in this case, an agreement with one is exclusive with the other. London cannot be married to both at the same time. For the EU this is now a priority.

The article on the attractiveness of women in heels was recalled...