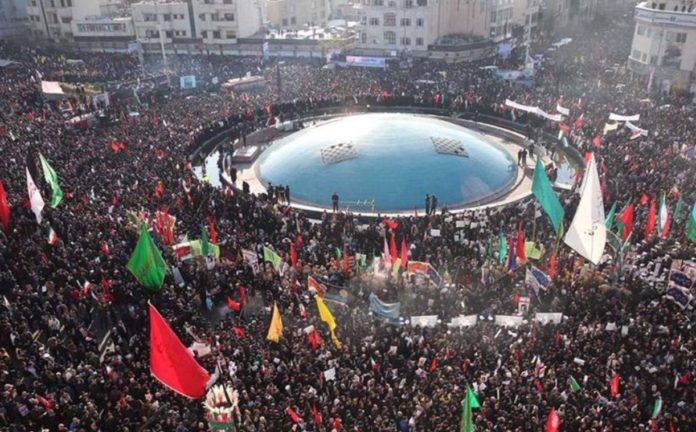 The Chinese authorities consider that the “extreme pressure” of Washington is the root of the resurgence of the tensions of that country with Iran, after an attack ordered by the American president, Donald Trump, ended the life of one of the key men of the Iranian regime.

Chinese Foreign Ministry spokesman Geng Shuang made these comments at a press conference when asked about Tehran’s decision to stop complying with the limitations imposed on its atomic program by the 2015 nuclear agreement.

“Although Iran is forced to reduce compliance due to external factors, it has also shown temperance,” the spokesperson said.

Geng regretted that the United States unilaterally withdrew from that agreement in May 2018 and accused Washington of “ignoring international laws and commitments, exerting extreme pressure on Iran and obstructing other parties to fulfill their obligations.”

In response to renewed tensions following the assassination of the Quds Force commander of the Iranian Revolutionary Guard, Qasem Soleimani, in a US attack in Baghdad last Friday, Beijing asked the other participants of the agreement (Russia, France, the United Kingdom and Germany) “keep calm and reason.”

For the Asian giant, the way to keep the agreement alive is to seek a “political and diplomatic” solution, ending external interference and avoiding “any measure that may further complicate the situation.”

The nuclear agreement, JCPOA, limited Iran’s atomic program in exchange for the lifting of international sanctions, so leaving the US severely weakened.

Europe has tried to take measures to save the pact, but none has been effective and the special payment channel promised to circumvent the sanctions has not yet been launched.

After withdrawing from the pact, the US again imposed sanctions on Iran, and Tehran responded by gradually abandoning its nuclear commitments and giving several two-month ultimatum to the remaining signatories of the agreement to counter US sanctions.

The Iranian government announced this Sunday that it eliminated the last of the commitments it still respected, the limit on the number of centrifuges, which was about 6,100 for uranium production.

However, Tehran said it will continue to cooperate with the International Atomic Energy Agency (IAEA), something that for Geng is a “clear” sign of the “political will to implement the agreement completely and effectively.”

In fact, Iran said it will resume its nuclear commitments if sanctions are lifted and the country benefits from its interests enshrined in the pact.

From Narco to ‘coyote’: the Latin American crime world reinvents the...

Authorize a demand for US veterans exposed to Palomares radiation

Two dead and one critically injured after a shooting in a...