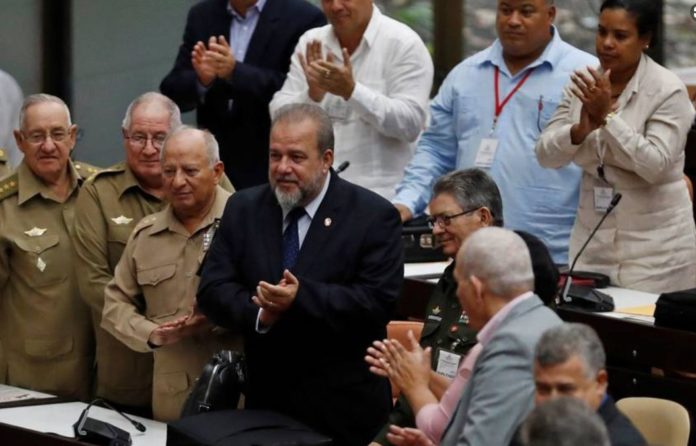 Manuel Marrero, until now the head of Tourism, was appointed this Saturday by the Cuban Parliament as Prime Minister of the Government, a position that was eliminated in 1976 and recovered again in the Constitution that the island approved in April this year. The only candidate was proposed by the president of the country, Miguel-Díaz Canel, and received the unanimous vote of the deputies.

Marrero, 56, and a training architect was the Cuban minister who had been in office for more time since 2004 – he was appointed by the president Fidel Castro – and his name was not in the pools about who would occupy this position. Díaz-Canel highlighted when he made his proposal to Parliament the “honesty, work capacity and loyalty to the Party and the Revolution”, together with his “rich experience in negotiation with foreign counterparts“.

Also present in the parliamentary session is the former president and leader of the Communist Party of Cuba (PCC, sole legal), Raúl Castro, who is still deputy for the province of Santiago. As deputy prime ministers, also on Diaz-Canel’s proposal, the historic commander of the Ramiro Valdés Revolution (87 years); the so far vice-presidents of the Council of Ministers Roberto Morales, Inés María Chapman, Ricardo Cabrisas and José Luis Tapia, and the current Minister of Economy, Alejandro Gil were appointed.

The names of Morales and Chapman were among those who sounded the most possible prime minister. Marrero’s position at the head of the strategic Cuban tourism portfolio will be assumed by the first vice minister of that department, Juan Carlos García Granda.

New Ministers of Labour and Social Security (Marta Elena Feito), Food Industry (Jorge Santiago Sobrino), Industrias (Eloy Alvarez) and Energy and Mines (Nicolás Arrente) were also appointed, all departments of great importance in the current economic situation that runs through the island. The representative also changed the head of the Central Bank of Cuba (BCC), a position that Martha Sabina will hold as minister-president of the entity that Irma Margarita Martínez has led since 2017.

Three dead bodies stuck in New York due to strike by...