On Monday, the EU Foreign Affairs Council determined the framework conditions for restrictive measures in response to Turkey’s unauthorized drilling operations in the Eastern Mediterranean.

“The framework will allow sanctions to be imposed on individuals or organizations responsible for or involved in unauthorized hydrocarbon drilling activities in the Eastern Mediterranean,” the EU Council said in a statement in Brussels.

It says the sanctions will include a travel ban on individuals in the EU and a freeze on bank assets for individuals and businesses.

The document explains that these sanctions may be imposed by individuals or entities responsible for drilling-related to hydrocarbon exploration and production, which have not been sanctioned by Cyprus within its territorial waters, exclusive economic zone or continental shelf.

The EU Council recalled that “this decision is a direct continuation of the Council’s conclusions of October 14, 2019, which were approved by the European Council on October 17-18, 2019, when the EU reaffirmed its full solidarity with Cyprus regarding respect for its sovereignty and sovereign rights in accordance with international “and ordered the (European) Commission and the European Foreign Service to submit proposals on a basis for restrictive measures.”

It was previously reported that on July 15, the Council of the European Union at the level of foreign ministers approved sanctions against Turkey due to the actions of Ankara in the exclusive economic zone of Cyprus.

Large reserves of hydrocarbons have been discovered in the Cyprus Exclusive Economic Zone (EEZ) and on the continental shelf. The Turkish leadership disputes the borders of the Cyprus EEZ and states that Ankara has the right to natural resources in the region. From the beginning of May, Turkey sent two Fatih and Yavuz drilling rigs there and intended to conduct exploration work until September 2019. 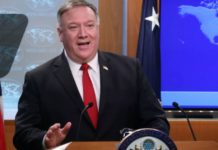 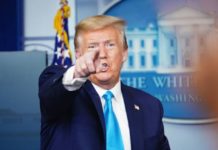 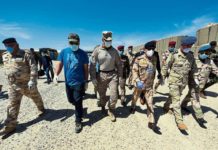 The Bolivian opposition forced the departure of Morales coordinated with Police...

Head-to-Head Debate on The Crisis in Jammu and Kashmir at The...