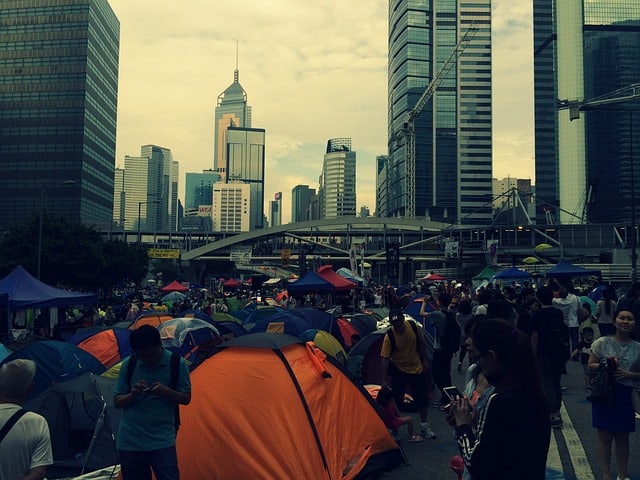 Hundreds of Hong Kongers gathered on Wednesday morning in front of the 18-year-old demonstrator’s school, wounded the day before by a live police shooting during clashes that broke out on the sidelines of pro-democracy demonstrations. His current state is stable.

The young victim was wounded in the Tsuen Wan neighborhood, about 10 kilometers from the city center, by a police officer who shot him at close range at the chest while his unit was attacked by protesters.

Students at his school chanted: “No rioters, only tyranny”, while taking photographs of the incident that was filmed, AFP found. He is the first demonstrator to have been the victim of live ammunition since the beginning of clashes between pro-democracy militants and the police.

Version of the challenged font

According to the police, the perpetrator feared for his life. “In a very short time, he made a decision and shot at the attacker,” said the Hong Kong police chief. This version is disputed by demonstrators who claim that the police officer went into the fray and took out his firearm.

On Tuesday, hundreds of thousands of people took to the streets, hearing about Beijing celebrating the 70th anniversary of the founding of People’s China. This day gave rise to the worst violence for almost four months of mobilization. Hospitals said they admitted more than 70 people during the day of violence, while the police reported 25 wounded policemen. She also said that she made 160 arrests and fired a total of six times.

Different parts of the city were the scene of long clashes until late in the evening.

Due to fire, Schwarzenegger had to evacuate from his home in...

NYT spoke about the secret unit of the GRU to “destabilize...