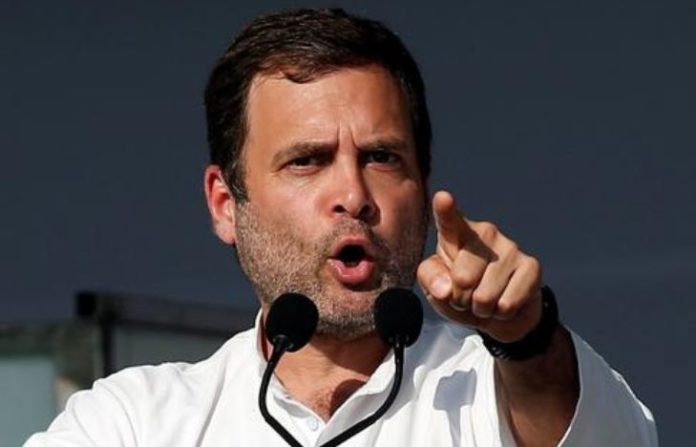 Today, in both houses of Parliament, BJP created a ruckus over a comment by Congress leader Rahul Gandhi on rape and demanded an apology from him.

Congress leader Rahul Gandhi has said that he will never apologize on this issue. According to PTI, he also accused Prime Minister Narendra Modi and BJP of ‘spreading violence’ in the country. Earlier, in the Lok Sabha today, BJP members created a ruckus in the Lok Sabha demanding an apology from the former Congress President for his remarks on rape. Defense Minister Rajnath Singh said that the entire nation was hurt by the Congress leader’s statement and he should apologize. The Defense Minister also said that the member making such statements does not have the moral right to stay in the House.

After this, Rahul Gandhi told reporters in the Parliament complex, ‘As far as forgiveness is concerned, I am never going to apologize to them.’ He further said, ‘Let me clarify what I said. Narendra Modi said that there will be ‘Make in India’. We thought that ‘Make in India’ would appear in the newspapers. But today when we open a newspaper, we see ‘Rape in India’ everywhere. There is not a single BJP-ruled state where women are not tortured throughout the day. Rahul Gandhi said, ‘The main issue today is that BJP and Modi and Home Minister Amit Shah have burnt the Northeast. To divert attention from that issue, Modi ji and BJP are saying this for me.’

“Revenge has begun”: the statement with which Iran warns the US...

The latest developments in Hong Kong: The police are banning Sunday’s...

India sets the tone in the war against the electronic cigarettes

In Hong Kong, a man was set on fire during protests