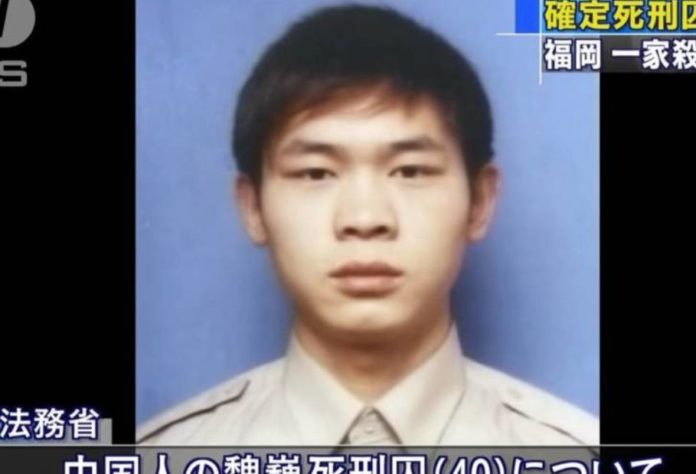 Wei Wei, 40 years old and Chinese nationality, was sentenced to death for multiple murder in June 2003 in the southwestern city of Fukuoka

An inmate who had been on death row in Japan since 2011 for a quadruple murder was hanged today, official sources reported.

Wei Wei, 40, a Chinese national, was sentenced to capital punishment on November 10, 2011, for the multiple murder in June 2003 in the southwestern city of Fukuoka.

The four victims, all members of a family and two of them children were thrown dying into the waters of a bay, and there they perished.

The application of the death penalty was ordered last Monday by the Minister of Justice, Masako Mori, and was carried out this Thursday in the city of Fukuoka. He is the first person to be executed since August 2.

Today’s case brings to 39 inmates who have been executed during the government of Shinzo Abe, who has been in power continuously since 2012. He was previously at the helm of the Government between 2006 and 2007.

This is the first case, moreover, since Mori was appointed as Minister of Justice on October 31.

At a press conference, Mori called today’s case “extremely fierce and cruel” because two of the victims were minors, an 11-year-old boy and an 8-year-old girl, both children of the murdered couple. “The death penalty sentence was well studied at trial,” she added.

Japan, which together with the United States is the only industrialized and democratic country that still applies the death penalty, executes those convicted in the biggest of the secrets, usually without prior notice to the inmates and without witnesses.

Today there are 112 inmates in Japan who are waiting for capital punishment to be applied.

Russian macro investment to modernize its only naval base abroad

The hidden scars of the power of the Mayan civilization

Chile will hold the referendum on its new Constitution on April...

The German Police killed a man with a knife in front...

An American sneaked into North Korea and was arrested for several...