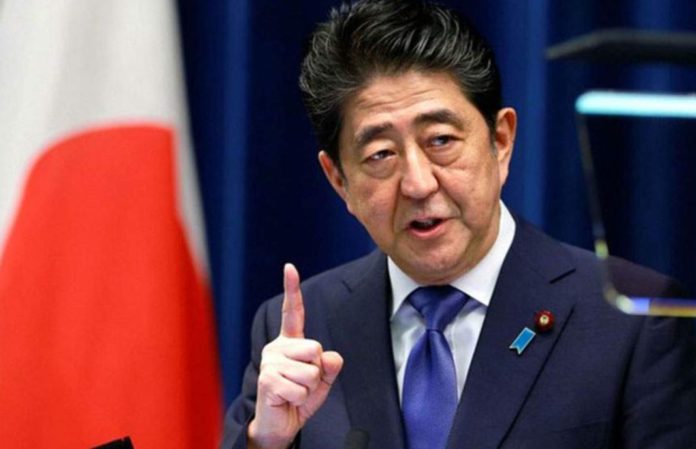 Japanese Prime Minister Shinzo Abe has reiterated his plans to deploy the country’s armed forces in the Middle East to ensure the safety of navigation in the region, despite escalating tensions following the assassination of Iranian General Qassem Soleimani.

During a news conference on Monday, Abe called on the countries concerned to make diplomatic efforts to ease tensions and avoid further escalation.

“The tension is sharp in the Middle East and I am deeply concerned. Further escalation should be avoided and I call on interested parties to exhaust their diplomatic efforts to ease tensions”, the Japanese prime minister from central Japan said.

A Japanese Defense Ministry official has indicated that the government intends to begin deploying air surveillance aircraft in January, with a Japanese destroyer likely to deploy in the region in February.

Prime Minister Abe’s government approved in late December the deployment of Japan’s Navy units in the Middle East as part of a mission to ensure safe navigation in the Gulf.

The Japanese Navy’s one-year mission is designed to increase intelligence-gathering capabilities and provide more guarantees for safe navigation in the Gulf, a critical route for oil markets.

The Japanese Navy will not join the international coalition formed by Washington to guarantee what it says is safe shipping on the Strait of Hormuz, as Tokyo does not want its relationship with Tehran to be disrupted.

The Iraqi government helplessly reacts to the angry youth

World after the death of General Qassem Soleimani, the new martyr...

The Russians were the most frequent victims of spyware