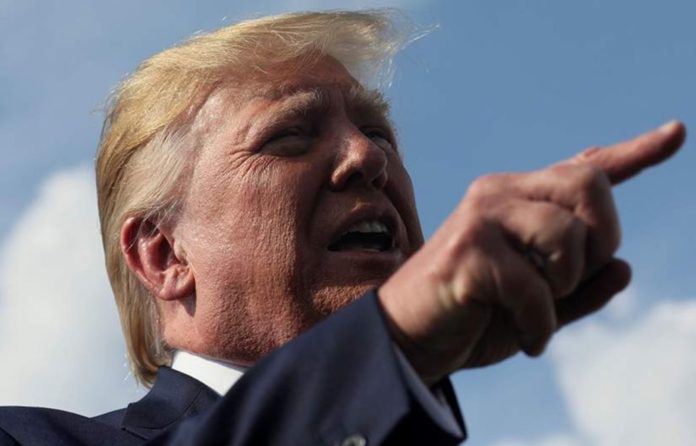 A gruesome attack on Donald Trump launched by the Iranian intelligence minister hours after the US president’s statements that he has set 52 targets in Iran that will hit if the Islamic Republic attacks US citizens or US resources in retaliation for the air raid in Baghdad.

….targeted 52 Iranian sites (representing the 52 American hostages taken by Iran many years ago), some at a very high level & important to Iran & the Iranian culture, and those targets, and Iran itself, WILL BE HIT VERY FAST AND VERY HARD. The USA wants no more threats!

They all hate cultures. Trump is a "terrorist in a suit". He will learn history very soon that NOBODY can defeat "the Great Iranian Nation & Culture".#HardRevenge#QasemSoleimani https://t.co/N2iQ5AMX7M

Earlier, the head of the military in Iran said on state television that “the US lacks the courage to face military confrontation with Iran”.

“In a potential clash, which I don’t think the Americans have the courage to do, it will become clear where the numbers five and two belong”, Seyyed Abdolrahim Mousavi said, answering Trump’s 52 goals.

It is noted that the execution by the US military of Iranian General Qassem Soleimani, head of the Islamic Republic’s “Al Quds Force” at Baghdad Airport, has led to a dramatic escalation of tension in the broader Middle East.

The Iranian leadership has called for a “declaration of war” on the part of the US, and Ayatollah Khamenei has declared a three-day national mourning, threatening “criminals” with a stern response, while rushing to appoint a new al-Qaeda leader immediately, until yesterday’s body commander. The reactions of Iraqi Shia leaders, who make up the majority of the population, were also sharp. Prime Minister Adel Abdul Mahdi has spoken of a “murder” on Iraqi soil, which constitutes a “gross violation of national sovereignty” and a violation of the conditions for the residence of some 5,200 US troops in the country.

Black cat: because it is said to bring bad luck

In the Middle of War: retaliation against Hamas terrorist

India sets the tone in the war against the electronic cigarettes