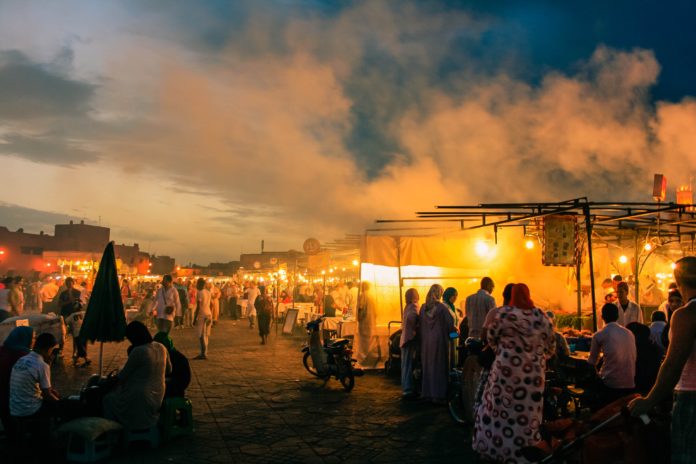 The circulation of false news about supposed negative effects of vaccines has reached India, where misinformation and the poor infrastructure that connects its vast geography were already an important logistical problem for the development of the world’s largest immunization program, which deals with cover about 444 million children. Only in Bombay, the country’s economic capital and epicenter of the entertainment industry, dozens of schools have prevented health officials from carrying out vaccination campaigns in recent months “due to rumors about their possible dangers” shared on WhatsApp, according to a report of the Wall Street Journal.

“We have received reports [from communities reluctant to vaccinate minors] and act accordingly,” confirms Dr. Pradeep Haldar, deputy curator of the Immunization Division of the Indian Ministry of Health. Although it does not refer to negatives of any particular school. “We do not force the population to be vaccinated, but we reinforce our communication strategies in social networks and other means to put an end to myths and mistaken beliefs,” explains Haldar, who underlines the effort made by the national Indian vaccination campaign: immunization has been more than 310 million children according to government data, when only half were vaccinated in the nineties.

Now, a disinformation campaign of the anti-vaccine movement threatens the efforts of the health authorities in India. According to the research conducted by the Wall Street Journal, the message “Do not use vaccines. Save the lives of our children “is being shared through WhatsApp, along with links to autism and other diseases, as well as videos linked to US YouTube accounts. In February, in the United States, the permissiveness of Facebook (owner of WhatsApp) with respect to announcements of “disputes about vaccines” for about 900,000 people and the propaganda in private channels provoked a response from the company in response to pressure from health authorities.

A month later, Facebook reported that the company had decided to take action against the accounts that sponsored deception related to vaccines identified by the World Health Organization (WHO) and the Center for Disease Control and Prevention of the United States. The decision was extended to other digital platforms. Thus, Instagram also decided to block those contents and Amazon eliminated some anti- video documentaries from its broadcast service Prime Video after a report by CNN that reported the presence of anti- video comments on the web.

Last month, taking advantage of the world immunization week and after the outbreaks of vaccine-preventable diseases, the UN Children’s Fund (UNICEF) launched the campaign #VaccinesWork (#VacunarFunciona)to raise awareness through social networks about the importance of protecting the health of minors. The organization insists that vaccination campaigns against measles, pneumonia, cholera or diphtheria save three million lives annually, stresses that around 1.5 million children died in 2017 due to diseases for which vaccines exist and alert of the “dangerous increase in outbreaks of measles in high-income countries” due, among other things, to “disinformation in digital media and social networks”. This is coupled with skepticism and lack of access to vaccines in developing countries.

A serious problem for India

Despite being one of the largest producers and exporters of vaccines in the world, India is home to almost a third of the 20 million children without immunity or poorly vaccinated. According to Forbes India, 44% of children in the country do not receive full coverage, which means that one million die annually before reaching the age of five. According to Unicef data, which refers to the situation of low-income countries as “critical”, about 2.9 million Indian children have not received the first dose against measles, making it the second country in the world with a greater proportion of children without immunity and where, in addition, tens of thousands of babies are born with strains due to rubella.

Of the more than 1,250 million inhabitants of the Indian subcontinent, 65% of the population lives in rural areas with poor education and infrastructure systems. There, vaccines are vital to prevent outbreaks. And awareness campaigns, essential to end prejudice and wrong beliefs. But misinformation about the importance of immunization of the vulnerable population also affects large cities. At the beginning of the year, more than 300 private schools in New Delhi, the capital of India, chose not to participate in the campaign against measles and rubella (MRV, for its acronym in English) alleging lack of confidence. Also in February, the Bombay City Council, responsible for local immunization, threatened to cancel the license of 16 public and private schools due to their refusal to participate in the vaccine program.

The skepticism of some Indian local communities is aggravated by the recent arrival of anti-vaccination campaign in WhatsApp, a difficult information to control and to which 300 million new users, with little digital education, have access thanks to the arrival of Internet to almost all corners of Indian geography in recent years. Unlike Facebook and other social networks, where public content can be monitored, WhatsApp is a personal messaging application. According to a study by the BBC, 72% of its users in India find it difficult to differentiate fake content in the messaging network par excellence, where 37% of messages are related to technological plots

The anti-vaccine campaign has not caused reactions in India, for now, although the country is not immune to the repercussion of false news on WhatsApp. Just one year ago, a barrage of lynchings due to hoaxes by social networks caused several dozens of deaths in the country. In neighboring Pakistan, a series of attacks on aid workers last month caused panic in the face of escalating violence against health teams trying to end polio. Third nation in the world with the highest proportion of children without immunity, Pakistan is one of three countries that has not stopped transmitting this disease due to distrust, inflamed by allegations that US intelligence would have used a vaccination campaign false to find Bin Laden.

Seeing the situation in Assam, Shinzo Abe can cancel the tour...

New calculation formula raises the number of missing in Mexico to...

Helping US track down al-Baghdadi informant will receive up to $...