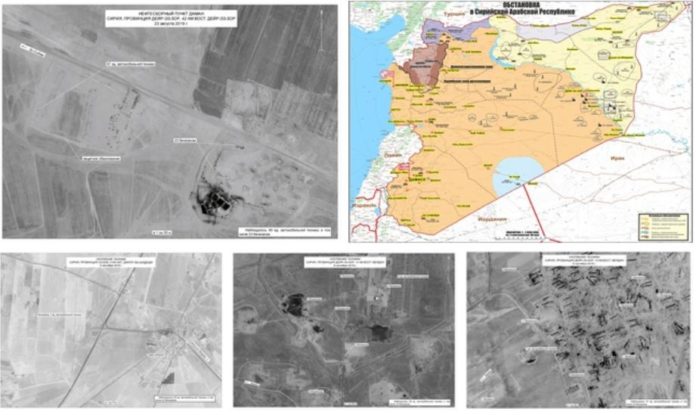 The Russian military department has received confirmation that the Pentagon controlled and to this day continues to monitor oil production in Syria, as well as its transportation outside the republic. This was stated by a spokesman for the Russian Defense Ministry, Major General Igor Konashenkov.

The military published a map of oil fields and space exploration photos taken in September 2019.

As Konashenkov emphasized, both before and after the defeat of the terrorists of the Islamic State banned in the Russian Federation in Zaevfrati, Syrian oil under the protection of US military was actively extracted and massively sent by fuel trucks for processing outside Syria.

This publication was a response to a statement by the Pentagon’s head, Mark Esper, that the US army is strengthening its position in Syria’s Deir ez-Zor to protect oil fields.

Konashenkov also pointed out that American troops do not have the legal right to engage in security activities in the oil fields in Syria. According to him, what Washington is doing now – namely, the seizure and control of oil fields in eastern Syria under its armed control – “is, quite simply, international state banditry.”

An official representative of the Russian Defense Ministry emphasized that “neither in international law nor in American law itself — there is nowhere and cannot be a single legitimate task for the American troops — to protect and defend the hydrocarbon deposits of Syria from Syria itself and its people.”

The ceasefire in Libya is fragile as both sides accuse each...