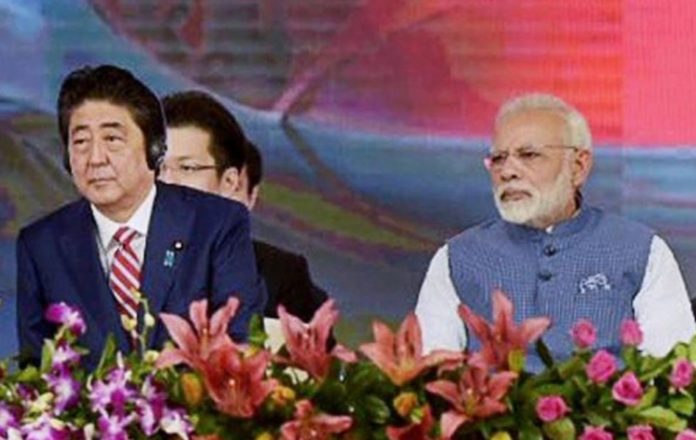 Prime Minister of Japan Shinzo Abe is to attend a meeting with Prime Minister Narendra Modi in Guwahati where the situation is tense these days.

The situation in the entire northeast, including Assam, has been hot due to the Citizenship Amendment Act. There are reports that Japan’s Prime Minister Shinzo Abe may cancel his visit to India in view of the security situation. Shinzo Abe is scheduled to reach India on Sunday where he is to attend a summit with Prime Minister Narendra Modi in Guwahati. This meeting is proposed from 15 to 17 December.

There is a strong protest in Guwahati against the Citizenship Amendment Act. Despite the curfew, thousands of protesters are on the streets. It is also being said in some media reports that in view of the situation, another place can also be selected for the summit. However, so far no statement has been received from the Foreign Ministry.

At present, the situation in Assam, Meghalaya and Tripura is tensed. Schools and colleges in Assam have been closed till 22 December. Internet service is also banned in many districts. The protesters tried to set fire to a train full of passengers on Thursday. The situation came under control after the intervention of the army. On the other hand, Prime Minister Narendra Modi has appealed to the protesters for peace. He has said that the interests of Assam will not be affected by the Citizenship Amendment Bill.

Thousands of Hong Kong people return to the streets while China...