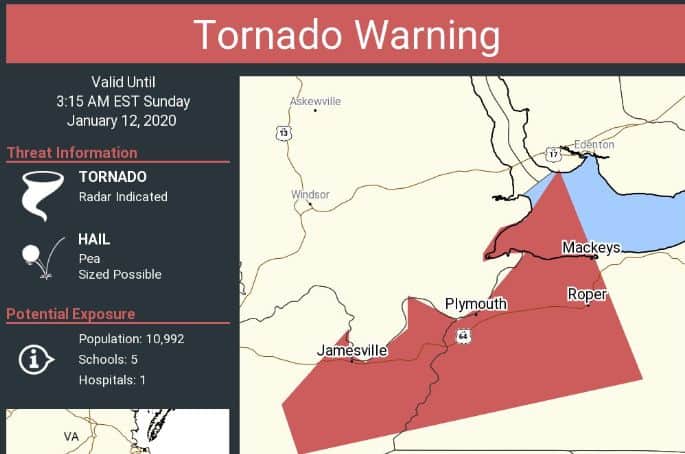 Violent tornadoes have struck the southern United States in recent days. Several victims are to be deplored.

At least eleven people have died in the past few days in the southern United States, where violent tornadoes fell, which also destroyed several homes and left thousands of homes without power.

The storms, accompanied by strong winds, have hit several places in the south of the country since Friday, and are expected to move east and north on Sunday, according to the national meteorological service, which has issued alerts for several states.

A policeman and a firefighter are among the dead. They were hit by a car in Texas after being called into traffic incidents, local officials said.

#tornado damage in Park Hill, OK. I’ve seen a lot of really bad stuff after storms roll through, but this little girl calling for her missing dog is one of the most heartbreaking things I’ve ever seen😭😭😭 pic.twitter.com/oz5WLDJ6Pq

“Everything is upside down”

In Louisiana, a couple was found dead near their storm-destroyed mobile home, local area sheriff Bill Davis said. “Everything is upside down, there is debris everywhere, it’s sad,” he said on local television KTBS3.

Here is a wedge #TORNADO forming at close-range near Dierks, Arkansas on April 13, 2018, I could be targeting a similar area in SW AR tomorrow night. Hodographs in 4-13-18 environment also had long 0-1 km shear vectors and some veer-back-veer above. Big tornadoes w/ big vector pic.twitter.com/v69YZrRzde

In Alabama, three people were found dead on Saturday, and local channel WHNT News 19 was showing images of destroyed homes and broken power lines. More than 200,000 people were without power on Sunday morning, with North Carolina and Alabama being the hardest-hit states, according to press reports.

The fear of traveling to China spreads in Hong Kong after...

A 7-year-old girl, in critical condition after a shooting in Chicago

Chile will hold the referendum on its new Constitution on April...