House Speaker Nancy Pelosi announced the vote. The resolution will also establish the procedure for public hearings and allow the publication of recordings of interrogations of witnesses, writes The Hill. B fiefs of the Democratic Party in the House of Congress is being investigated as part of the impeachment. They accuse them of is that the process was not designed properly. According to Pelosi, there are no grounds for holding such a vote.

Pelosi announced the start of a formal impeachment procedure for Trump in late September. This happened after the scandal surrounding Trump’s July conversation with Ukrainian President Vladimir Zelensky. Trump is suspected of trying to put pressure on the Ukrainian leader during a conversation to begin investigating possible corruption ties between Hunter Biden’s son, Joe Biden’s son, a former vice president and a favourite of the current Democratic campaign. During Obama’s presidency, Hunter Biden got a job at Burisma Holdings. For five years, he earned about $ 2 million in the company, which, according to Trump, is evidence of corruption.

The House of Representatives needs a majority to indict the president. Out of the 435 congressmen, 235 are Democrats, if they come out on a united front, they can do so without the support of Republicans. After that, the case is transferred to the Senate, which actually organizes the trial to determine whether the president is guilty. B Lena’s House of Representatives act as prosecutors and senators – as judges, conducts the meeting Chairman of the Supreme Court, explained Reuters. To remove the president from power, 67 out of 100 senators’ votes are needed. Now among them are 53 Republicans, 45 Democrats and two independents. 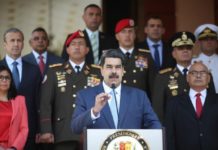 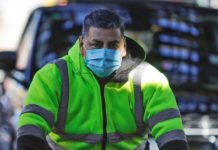 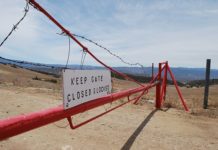 Erdogan warns Trump that he could close the US air base...

Three hikers die at the peak of Gran Sasso, the highest...