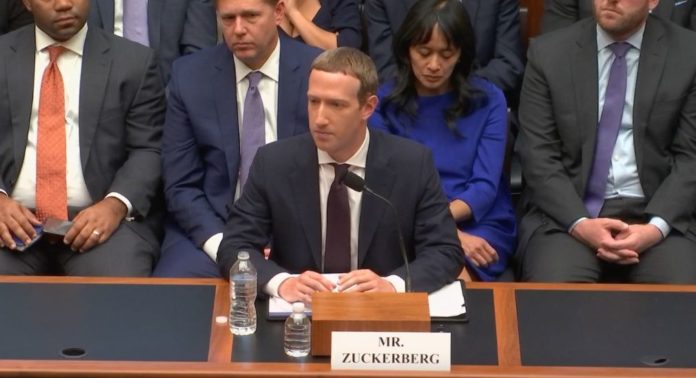 Yesterday was once again one of those fateful days for Mark Zuckerberg before the Congress of his country and Facebook, the United States. Unlike the previous times that the CEO had appeared before the cameras, this time the questions would not go so much in the sense of talking about elections and how there could be in them the gap of Cambridge Analytica, but about the case of the Libra cryptocurrency.

Libra has recently suffered major blows, such as the departure of the Libra Association of such important actors as Visa, Mastercard, eBay, PayPal and Stripe, who have joined the pause that the process suffered a few months ago due to requests from US lawmakers. They asked Facebook for time to analyze the characteristics of Libra and foresee possible dangers for the US and world economy.

Yesterday, while defending what Libra could mean for the future of payments and the financial system, Zuckerberg said “I understand that I am not the ideal messenger right now” and “I’m sure people would like it to be anyone but Facebook who takes this idea forward.” In the end, Zuckerberg acknowledged that “before moving forward there are important risks to solve” and will delay the launch of Libra until it is “fully aligned with the regulatory requirements of the US authorities.”

Regarding the Facebook that we all use, however, the most interesting were the questions of Democratic Congressmen Maxine Waters and Alexandria Ocasio-Cortez, focused on knowing the limits of Facebook’s speech on freedom of expression in the advertising of the platform.

Maxine Waters is the president of the Financial Services Committee of the US House of Representatives, and one of the most critical voices with Libra. In that sense, in the form of a question he criticized the fact that Facebook banned ads on cryptocurrencies on the platform, but now have a project like Libra in hand . However, the most policy-related question he asked had to do with political announcements and monetization on Facebook:

Maxine Waters (MW): “How does this new policy [on political ads] benefit you? Because it seems that a policy that allows politicians to lie, misinform and deceive allows Facebook to earn more money with advertising.”

Mark Zuckerberg (MZ): From a business perspective, the small percentage of our business that comes from political ads does not come close to justifying the controversy that the company incurs, so this really does not go about money, but in principle, I believe in giving people a voice. I think that ads can be an important part of the voice, I think that especially in the political process of candidates running, local candidates or interest groups whose message might not otherwise be covered by the media have ads can be a way important to inject your message on the Internet. [Interrupts him] ”

MW: “Do you not intend to verify facts in political announcements?

MZ: “Our policy is not to verify the discourse of politicians, and the reason is that we believe that in a democracy it is important that people can see for themselves what politicians are saying.

MW: “Do you verify anything?

MZ: “Facebook does not verify. What we do is work with a set of independent verifiers who do it when the content is having a large distribution.”

When he had been answering questions for five hours and ten minutes, it was Alexandria Ocasio Cortez (AOC):

AOC: “You recently announced that the official Facebook policy now allows politicians to pay to spread misinformation, in the elections in 2020 and in the future. I want to know how far I can take this in the next year. Under your policy, using census data Also, could I pay to focus on zip codes of black people and announce an incorrect election date?

MZ: “No, Congressman, you could not. We have, even for these policies [cuts]

AOC: “But you said you are not going to verify ads”

AOC: “For what you will do. Is there a threshold on which you verify political announcements. Is that what you are telling me?

MZ: “Yes, for specific things as if there is a risk of harm.”

AOC: “Could you launch political announcements focused on Republicans in primary schools saying they voted for the Green New Deal?

AOC: “Do you see a potential problem here, with the lack of verification?”

MZ: “I think that lying is wrong, and I think that if I were to launch an ad with a lie, it would be wrong. It is different that it is, in our position, a good thing to prevent people from seeing that you have lied.”

AOC: “Will you eliminate lies, yes or no?”

MZ: “In democracy, I think people should see for themselves what politicians who could vote or don’t say.”

AOC: “So you can announce with a badge that the content may be false, but you will not delete it.”

MZ: “It depends on the context, organic publications, announcements …”.

AOC: “Can you explain why you have named the Daily Caller, a publication with a well-documented connection with white supremacists, an official verifier for Facebook?

MZ: “Facebook does not name verifiers on its platform, but is based on the International Fact Checking Network (IFCN)”

AOC: “Would you say that white supremacy publications meet a rigorous standard of fact verification?”

MZ: “Congressman, I would say that we are not the ones that evaluate that standard, the International Fact Checking Network is the one that sets that standard.”

As we see in Zuckerberg’s responses to both congressmen, there are inconsistencies. On the one hand, he says that the business is not the reason that Facebook allows lies or misinformation in political ads, because it is a small part of Facebook’s income, and that they do so to give voice and that all citizens can inform themselves same about what politicians say.

However, on the other, Mark Zuckerberg acknowledged that there are limits on political announcements, for example, on cheating on election dates, which could cause people not to vote on the right day. This policy includes it in one that does not favor advertisements that promote violence or physical harm.

But where is the line? Who decides that a lie can fit and be peaceful, and a seemingly peaceful one can interfere with the vote and cause violence? The Facebook CEO did not reveal this or explain who eliminates those ads that exceed limits, if Facebook itself or Facebook being advised by verifiers. In the end, what is apparently peaceful, being a lie, can also produce many incidents, and Facebook will mark it as incorrect or inaccurate, but for now it will not do more.

Questions and answers from the past, present and future of the...

The United States called the activities of China in the South...