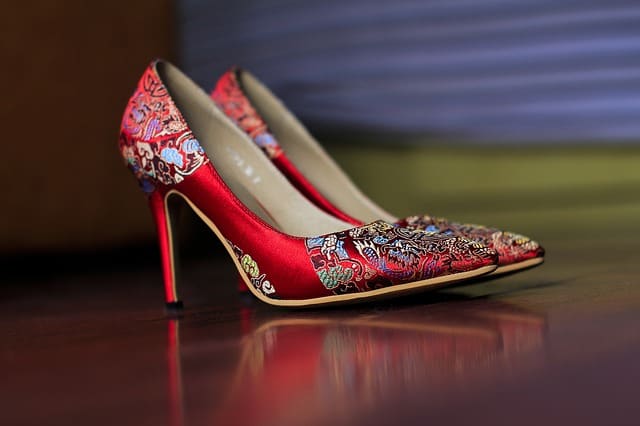 The editors of Archives of Sexual Behavior magazine recalled a 2014 article on the impact of heels on female attractiveness. In a work that claimed that men were more willing to help a woman in high heels and generally pay more attention to them, methodological flaws and statistical errors were discovered.

The perception of the attractiveness of potential sexual partners is, of course, very subjective: often it is primarily influenced by internal factors, such as individual preferences and personal concepts of beauty. At the same time, external factors, of course, also influence, and studies show that the appearance of women for men in most cultures plays a key role (for women, on the contrary, appearance does not play such a role in men’s attractiveness).

Given the fact that the appearance of a woman is important for her attractiveness in the eyes of men, there must be some separate universal factors that make a woman subjectively more beautiful (depending, of course, on the culture). One of such factors may be clothing: experimental work, for example, shows that men are more likely to stop and give a ride to a woman who votes on the road in red clothes.

In 2014, Archives of Sexual Behavior magazine published an article by Nicolas Guéguen from the University of South Brittany. The work described the results of four experiments, during which the scientist tested the hypothesis that high heels make women more attractive in the eyes of men. In the first experiment, the girl asked 90 passersby for help, in the second she asked for a survey of 180 women and 180 men, in the third experiment the experimenters watched if people (180 women and 180 men) would look back at the girl who would lose the glove . Finally, in the fourth experiment, the researchers spent several days counting how many times they would approach a girl. In all experiments, the girl wore a short skirt and a top with bare shoulders, but different shoes: flat shoes or five- and nine-centimeter heels.

The results of all experiments showed that men are more likely to help a girl in the highest (nine centimeters) heels and pay more attention to them, while among women this behavior was not observed. As an explanation for this phenomenon, Gegen proposed a change in the gait of women in high-heeled shoes, an incorrect judgment about the size of her legs, and the fact that women, putting on high-heeled shoes, seem to give certain signals that have sexual contact.

The article was recalled last week at the request of the university leadership: they argued their decision by the fact that methodological gaps and statistical errors were found in the article. No details about what exactly served as the reason for the recall were said; the author of the study himself did not give any comments on the recall of his work.

It can be assumed that the article was recalled because all participants evaluated the attractiveness of only one girl, the subjects themselves were very few (especially in the first experiment). At the same time, field studies from the fourth experiment took place in a bar, and many external factors (for example, the fact that those whom the girl attracted were drunk, or the fact that researchers who recorded human behavior could be noticed by someone) were not taken into account. In addition, in the second and third experiments, participants were divided into 60 people for each group depending on the height of the girl’s heels, which, given the already small sample, is not very meaningful – most likely, if the researchers chose an within-subject design of the experiment , his results would be more valid.

Trump says that in Europe there is an avalanche of tourists...

The British Government confirms that the Brexit agreement will be voted...