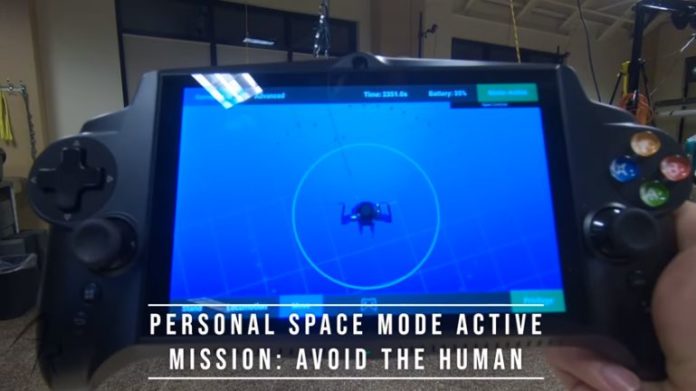 Agility Robotics engineers have taught the Digit biped robot to track the movement of people and other moving objects and move to a safe distance. This allows the robot to work together with people without disturbing them. A demo with a robot is published on the company’s YouTube channel.

Agility Robotics introduced the first version of the Digit robot in early 2019: it is based on the design of an earlier two-legged Cassie robot but differs from it in that it has a torso and arms, allowing it to, for example, carry boxes in your hands. The company plans to start selling robots for use in manufacturing and other fields as early as next year, but before that the robot needs to be adapted to work with People. In November, engineers showed a second version of Digit with a more stable design, but the robot at that time could not independently avoid obstacles.

Now the developers have taught the robot to track obstacles, even dynamic ones, as well as move to avoid a collision. During the demonstration, the robot tracked the movements of an engineer nearby and retreated to a safe distance. In addition, the developers have demonstrated the accuracy of the system for detecting objects around with a cable, which began to move towards the robot. Despite the small thickness of the cable, the robot noticed it and also moved a certain distance.

In addition, in the video, you can see that the robot copes with mechanical obstacles. For example, if you start pushing it away with your hands, the robot will be able to maintain balance at the same time and move back or to the side. In addition to improving the humanoid Digit, Agility Robotics engineers continue to work with its predecessor, the two-legged Cassie robot.

Robots with “artificial blood” to mimic the human circulatory system as...

Skybot F-850, the Russian humanoid robot on the ISS