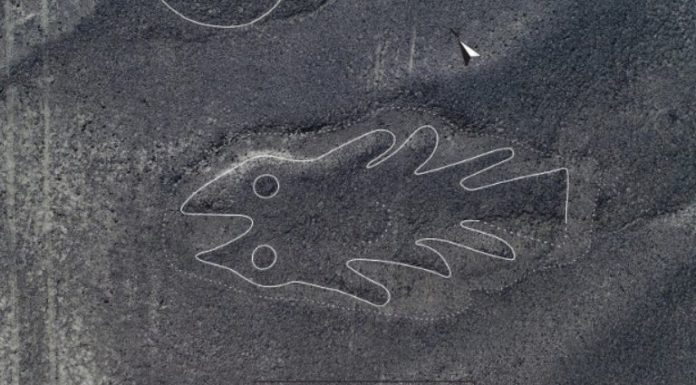 A team of researchers from Japan found 143 previously unknown geoglyphs on the Nazca Plateau, according to a press release from Yamagata University. According to scientists, theses were created by representatives of the culture of Nazca between 100 BC and 300 AD. The drawings, among other things, depict various animals and anthropomorphic forms.

The Nazca desert plateau in Peru is known for its geoglyphs  – giant drawings that sometimes extend tens of meters and are visible only from the air. The Nazca geoglyphs are more than 700 geometric figures, 70 patterns (including monkeys, hummingbirds and spiders) and 13 thousand lines and stripes. The drawings were created by digging out grooves a few tens of centimetres deep or removing dark stones from the surface, which exposed lighter sand. The Nazca geoglyphs were discovered at the beginning of the 20th century, and they began to study them in detail from the beginning of the 1940s. The purpose of the drawings is unknown. According to different versions, they were intended for astronomical calculations or were made for religious purposes.

In 2004, anthropologists from Yamagata University, led by Professor Masato Sakai, began analysing satellite images of the Naska Plateau and its neighbouring sites in search of unknown geoglyphs. And since 2010, scientists have been conducting fieldwork on the plateau, examining the drawings themselves and the fragments of ceramics found on them. In 2018, they summed up the work: 142 geoglyphs were found.

Researchers found another geoglyph using the Watson artificial intelligence system. Earlier (the exact date was not announced), Yamagata University entered into an agreement with IBM and used the system to analyze satellite images and search for geoglyphs on them. Scientists selected several places where the drawings could be located and in 2019 conducted field studies. One of the candidate places was successful, the authors of the study found there a geoglyph depicting a three-eyed creature with long ears.

Some of the geoglyphs found depicted anthropomorphic forms and various animals (snakes, fish, birds, monkeys). By size, the scientists divided them into two groups, larger (group A) and smaller (group B) 50 meters in length. There were many straight lines in type A geoglyphs. Some of them reached 100 meters in length. Scientists have suggested that they were made in 100-300 AD and used for rituals, during which ceramic vessels were used.

Type B drawings were less than 50 meters long. Some of them did not exceed five meters. According to the authors of the study, they were created earlier than drawings from Group A, between 100 BC and 100 AD. Images of type B were painted on hillsides and scientists believe they served as landmarks for travellers.

Last year, a team of archaeologists from Peru found 50 geoglyphs on the Palpa Plateau, located north of the Nazca Plateau. Many of them depicted human figures. According to scientists, part of the geoglyphs was made by people of the Nazca culture, but the main part was made by representatives of the Palpa culture, which existed from 100 BC to 800 AD.

How some mosquitoes have already managed to become resistant to insecticides

A bright object in the working memory expanded the pupils