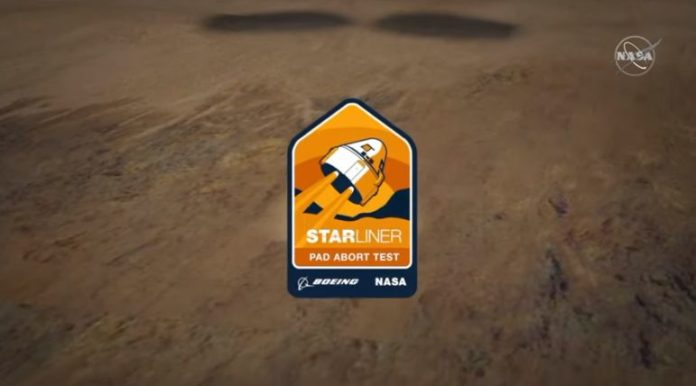 Boeing has conducted tests of the emergency rescue system of the manned spacecraft CST-100 Starliner. The ship took off from the site at the White Sands training ground in New Mexico, flew away and landed with parachutes.

The Boeing CST-100 Starliner is one of two private U.S. manned ships being developed under NASA’s Commercial Crew Program (the second spacecraft is Crew Dragon from SpaceX). The development of its own manned spacecraft will allow the United States to stop using Russian Soyuz for both flights to the ISS and other manned missions. Starliner is designed for seven people and is able to autonomously support the life of the crew for 60 hours.

Both Boeing and SpaceX faced a number of challenges in the development of the ships, which caused a number of systems to be refined, and test launches were repeatedly postponed.

During the test of the emergency rescue system on November 4, everything went smoothly. The ship in five seconds accelerated to a speed of about a thousand kilometres per hour, flew away from the site, released parachutes and successfully landed. In the near future, Boeing engineers will study the data collected by the ship’s sensors, as well as, if the condition of the equipment allows, the data of the service module, which is shot during the descent, to free the airbags at the bottom of the crew capsule.

The first full-fledged Starliner will be held on December 17, 2019. A crewless ship will be launched to the International Space Station.

A new shape memory alloy has been created that surpassed titanium...

The ‘treasure map’ of Mars that points out where astronauts should...