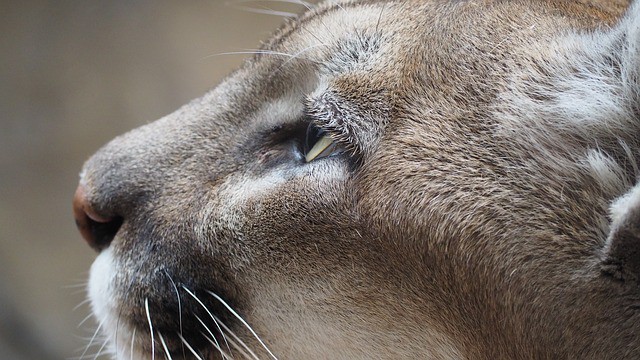 American zoologists have calculated the concentration of mercury in the body of Californian cougar and found that in coastal areas it is three times higher than on the mainland, and 6 times higher than the value at which animal fertility decreases. The mist that creeps on the coast is to blame for this – mercury from it settles on lichens, which are then consumed by deer, and they, in turn, are attacked by a cougar.

Unlike other metals, mercury spreads through ecosystems mainly with air. Once in the ocean from wastewater, it evaporates with the steam and settles on land, where bacteria turn it into organic derivatives – for example, monomethyl mercury. Oceanic bacteria are also able to metabolize it, therefore, dimethyl mercury is also found in the atmosphere, however, it is unstable and quickly decomposes to monomethyl mercury, which also settles in coastal areas.

It was previously thought that marine predators suffer from mercury pollution, which absorbs mercury along with microbes. Now a group of scientists led by Christopher Wilmers from the University of California has checked what is happening with terrestrial predators.

To do this, the researchers went to the coastal zone near the Santa Cruz Mountains in California and measured the amount of mercury at three levels of the food chain: in lichens, as well as in deer wool, which feed on lichens, and in cougar, which hunts deer. Then, scientists compared the mercury content in the body of individuals from coastal and offshore areas.

How exactly mercury acts on the body of pumas, so far no one has studied in detail. But it is known, for example, that blood concentration above 3 micrograms per gram of body weight (this is twice as much as now in the cougar) cause poisoning and impaired functioning of the nervous system in minks. Among the cougars, the wool of which was collected by the authors of this work, there was one with a particularly high concentration of mercury – more than 21,000 nanograms per gram – it was found dead without any apparent external causes of death.

However, it is known that even small amounts of mercury – more than 250 nanograms per gram – are enough to reduce the fertility of the cougars. And this could jeopardize the existence of a species that is already shrinking, including due to rodenticides poisoning, a means it uses human to fight rodents.

Smoking contributed to the development of schizophrenia and depression

The Hera mission will save the Earth from asteroids