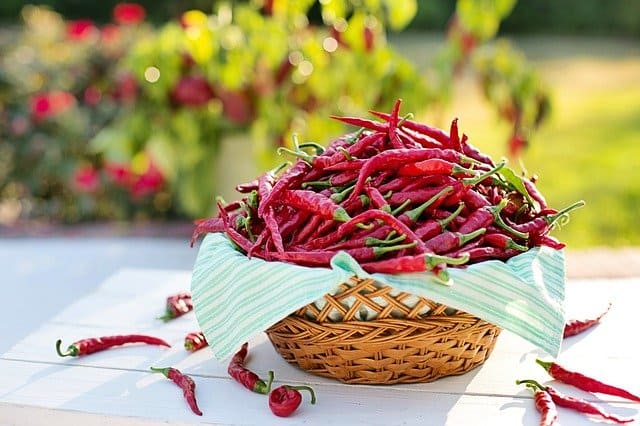 A team of Chinese scientists have found that hot peppers can reduce animal mortality by slowing down their daily activity. They fed the flies capsaicin – a substance made from Chili Peppers – and found that it was able to extend the life of females by 15%. At the same time, the only trait in the behaviour and physiology of flies that it influenced is activity during the day.

The activity of sensory neurons is often associated with life expectancy. This is evidenced by a lot of experiments on animals: for example, the activity of taste neurons in nematodes negates the effect of calorie restriction.

Among the stimuli that can affect longevity are painful ones, in particular, Capsaicin, the acute component of chili peppers. Animals feel both pain and pungent taste with the help of the same receptors. It is known that even in humans, a love of spicy foods is associated with a reduced risk of death, however, the exact mechanisms for this have not yet been established. It is unclear whether capsaicin directly affects human health or whether the love of spicy foods is associated with some other, more important lifestyle features.

A team of scientists led by Jie Shen from Hangzhou Dianzi University investigated the effects of capsaicin on the daily activity of Drosophila flies to determine which specific elements of their life activity it could influence.

To begin with, they tried to determine the optimal concentration of capsaicin. They fed flies for 10 days with different doses of the substance, but the effect was noticed only from the minimum amount: concentrations of 1 × 10 -10 moles/litre prolonged the life of Drosophila by 15.3%. However, it worked only in females, on males capsaicin did not have any effect.

Scientists tested whether this effect is related to the amount of food consumed – for this they fed flies food with a blue dye, and then calculated its concentration in the tissues. But in this experiment, they did not find significant differences (p <0.05) from normal animal behaviour.

The researchers then calculated how many eggs the female flies laid, since in some animals the increase in life expectancy may be due to the redistribution of resources: the less they spend on offspring, the longer they live. However, the fertility of the females was indistinguishable from the control group.

The authors of the work did not find any differences in other aspects of the life of flies: both females and males, regardless of whether they received capsaicin or not, survived equally under the influence of stress factors (heating, drying, starvation, treatment with peroxide). They were also physically active to the same extent – they checked this by slightly pressing the flies to the bottom of the vessel and detecting how long they would fly up.

The only change that scientists were able to fix was in the level of daily activity of animals: females under the action of capsaicin during the day moved less than usual. From this, the researchers concluded that capsaicin can be mediated by resource savings.

The authors of the work did not conduct experiments that would allow them to find out why this effect is reproduced only in females. Nevertheless, in many animal species, females live on average longer than males; therefore, it can be assumed that in flies they may be more susceptible to the action of external stimuli on their metabolism.

Dogs not only recognize the voice but can also recognize individual...